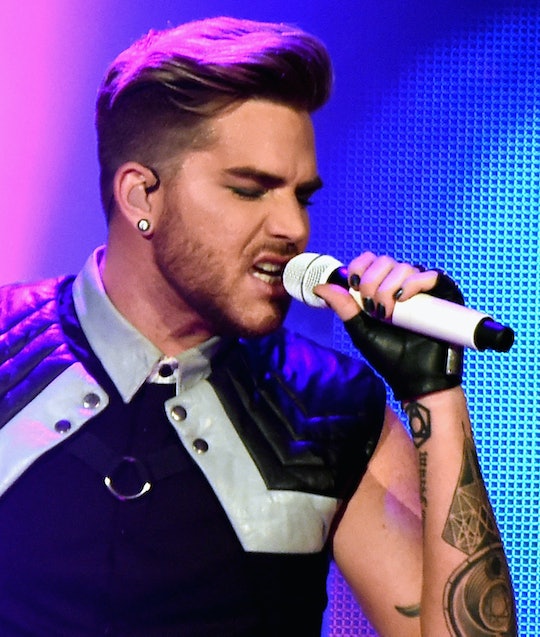 Where To Listen To Adam Lambert's "Welcome To The Show," Because It's That Good

Because this is the final season of American Idol — take a moment for that to sink in — a few past winners have been gracing the same stage where they won to perform some of their new music. So far there has been Kelly Clarkson and Nick Fradiani, the first and the most recent winners, respectively. With only five contestants remaining, American Idol runner-up, Adam Lambert, is returning to his alma matter to debut his new song "Welcome to the Show." If you like what you hear on Thursday night, you might be wondering where you can listen to Adam Lambert's "Welcome to the Show." Don't worry, it's never been easier.

Back in 2009, Lambert came in second place on American Idol Season 8. The winner of the season was Kris Allen. Despite coming in second, Lambert found a very successful career post-American Idol. He released his first album in 2009 called For Your Entertainment, which placed on the U.S. Billboard 200. He received a Grammy nomination for "Best Male Pop Vocal Performance" for his "Whatya Want from Me," a single on the album. He released two more albums, Trespassing and The Original High, in 2012 and 2015 respectively.

As for his new song, it could not be easier to get your ears on this new tune. For starters, you can listen to the song on Lambert's YouTube channel, or below.

For your streaming purposes, you can buy it on iTunes (where it's already garnered five stars in its first day), queue it up on Spotify, or buy it on Google Play.

Billboard describes the song as a "slow-burn anthem that follows the vibe set out by The Original High."

In addition to music, Lambert has also had some acting success — a short stint on Glee, for instance — that led him to score the role of Eddie in Fox's Rocky Horror Picture Show, set for fall of 2016. So, clearly there's no limit to where Adam Lambert's talents can take him, whether it be busting through a wall in Rocky Horror or singing on the Idol stage.