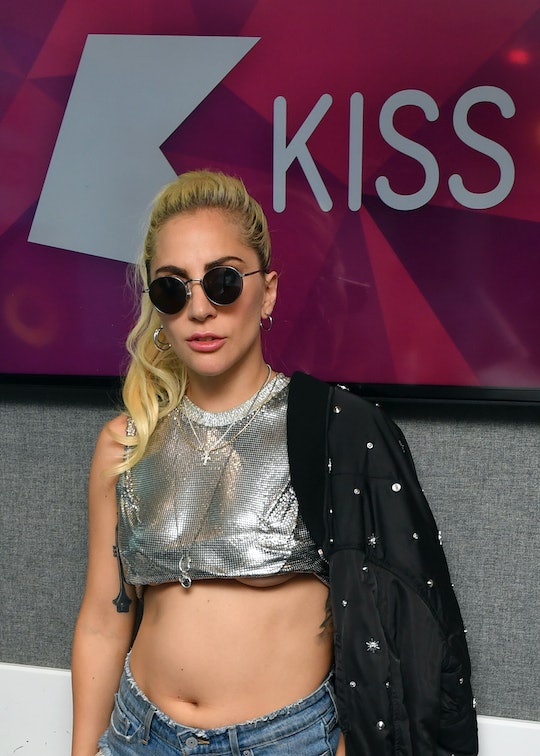 Where To Re-Watch Lady Gaga's 'Perfect Illusion' Video, If You Can't Get Enough

Lady Gaga doesn't do regular music videos. She does epic, inventive, all-out narratives that verge on mini-movies. So expectations were high for the video of her new single, "Perfect Illusion," which premiered Tuesday night during Scream Queens on Fox. Though it represents a pretty big departure from the over-the-top nature of some of her previous work (she pretty much wears the same outfit the whole time!), the video is still more than worthy of repeat viewings. So here's how to re-watch Lady Gaga's "Perfect Illusion" video in case you can't get enough of Gaga moshing her heart out in booty shorts the first time around.

The video is, of course, on YouTube, where it has already racked up hundreds of thousands of views since its premiere (less than two hours ago, as of this writing). The song, about a relationship that wasn't love but, yes, a "perfect illusion," is the lead single from her upcoming album, Joanne. It marks a return to dance pop form for the singer after her generally well-received detour singing jazz standards with Tony Bennett and belting out "The Sound of Music" on the Oscars.

"Perfect Illusion" features Lady Gaga driving through the desert and performing at a concert in cut-up-to-there denim shorts. Of course, it turns into a sensory overload rave, and ends with Gaga rolling around alone in the sand, so it's still not a completely normal music video. Plus, the energy of it is infectious and, as legions of fans have pointed out on Twitter, Gaga looks amazing. Also, maybe the whole concert part is supposed to be a hallucination?

The video also features Tame Impala's Kevin Parker, "Uptown Funk" wizard Mark Ronson, and BloodPop, and was directed by Ruth Hogben and Andrea Gelardin. And it's definitely danceable enough to get people excited for Joanne, which comes out October 21, and to start preparing the world for Lady Gaga's upcoming Super Bowl halftime show.

But while waiting for all these exciting events in the Lady Gaga-themed future, let's take a moment to remember the highlights of music videos past, like the nightmarish glamour of "Bad Romance," where she ends up lying on a bed besides the burnt-up skeleton of the man who bought her as a sex slave, while her bra shoots fire.

Or the nearly ten-minute power partnership of Gaga and Beyoncé in "Telephone," in which Gaga wears so many insane outfits and poisons so many people.

Now how much longer until the next music video?