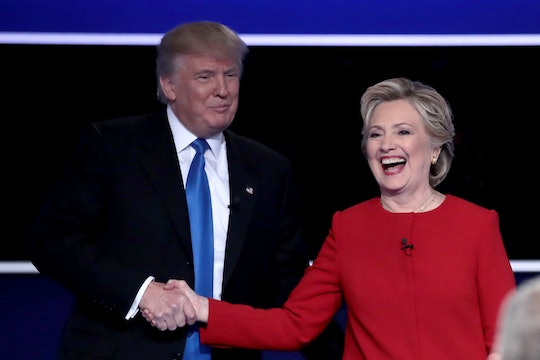 Where To Read The Full Transcript Of The First Presidential Debate

The first presidential debate has officially been called, and of course people are already trying to name who won it. Whether you are reading that Donald Trump reacted as expected, or Hillary Clinton managed to lead the narrative, there's one way you — yes you — can answer the question yourself. You can read the words of both candidates from the evening, as they were said, in context. But how can you read the full transcript of the first presidential debate? It's out there, and it is probably one of the most important pieces of text you can read following the first, potentially most important night in race.

While it is crucial to read up on both Trump and Clinton during the next month or so before the election day, it is important to read the straight facts. While news outlets should remain as unbiased as possible, it is often difficult to realize that certain rhetorics lean slightly right, or slightly left. The most important piece of text one can read during this time is the exact words coming from each candidate. If that's how you plan on treating this election, then reading the transcript from Monday night's debate is crucial. Luckily, many sites have obtained a transcript from the night, which will allow you to read exactly what was said, in context, and in the moment.

Outlets are reporting that Hillary Clinton was the winner of the first debate. Time's online poll, at the time of publication, marked Clinton as the winner for the evening. Bustle's Seth Millstein pens that Clinton won the first debate, noting it "wasn't even close." There's no doubt that the two took different approaches throughout the night. Clinton seemed to rest on the fact that Trump was going to get heated and worked up, allowing him to seemingly dig himself into a hole. But, it goes without saying, that Clinton herself found some hot water regarding the her personal email scandal.

For further information regarding what was said throughout the night, the Washington Post's transcript features annotations, should you find yourself ignorant to any specific topic or comment said. For example, the Post worked hard to fact check the comments made, which seemed to be a theme throughout the evening. Clinton herself gave callouts to the fact checkers of the debate, hoping they'd catch certain errors on Trump's behalf.

With that said, Trump also called Clinton out on quite a few "wrong" comments. If you're looking for those moments, just "find" the word "wrong" in the transcript and investigate accordingly.

Overall, the night seemed to be just the beginning of a very interesting campaign for both candidates. We'll have to wait and see what is to come from both Trump and Clinton, but as for now, the words from the first debate speak for themselves.