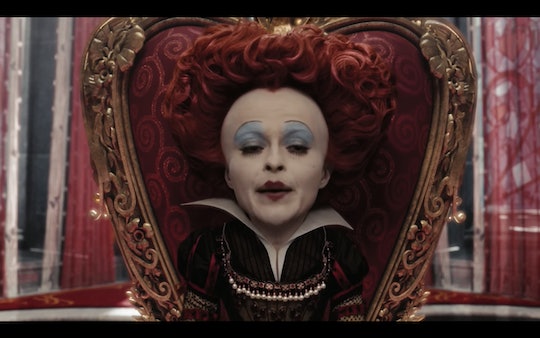 Now, we all have our favorite streaming websites. If you're lucky or scheming enough, you've conned your parents, friends, and significant (or insignificant) other into sharing their various accounts with you. Unfortunately, your access to Netflix, Hulu, and Shomi probably won't help you out in your Alice in Wonderland quest: streaming options are rather limited for this six-year-old, 2010 release.

Though Alice in Wonderland was on Netflix for a short while following its release, it disappeared soon after Starz and Netflix had a falling out in 2011. (The good news? Disney and Netflix are reuniting in an exclusive deal come September 2016.) The movie is equally unfindable on Hulu and Shomi, but luckily, there's quite a few renting options out there, and most will put you back less than a latte would.

Who knew? YouTube isn't just a repository of amazing cat videos and contouring tutorials anymore — it's got plenty of videos available to instantly rent. Alice in Wonderland is one of those, and you can stream it ASAP for $2.99.

Whether you'd like to rent it or own it, Alice in Wonderland is available on Google Play for $2.99 and $9.99, respectively.

I mean, what can't you get on Amazon? This is the cheapest place to rent Tim Burton's movie, priced at just $2.00.

For Apple fans who like to stay loyal, you can buy or rent Alice in Wonderland on iTunes. After renting for $2.99 or buying for $9.99, download the flick onto your iPad and stream away.

After you've caught up on Alice in Wonderland, set your sights on Alice Through the Looking Glass. The Disney sequel will expand past the original Lewis Carroll story, this time having Alice slip through a mirror back into Wonderland (poor girl can't catch a break) and do a wee bit of time traveling.

Alice Through the Looking Glass hits theaters Friday (or Thursday at midnight).