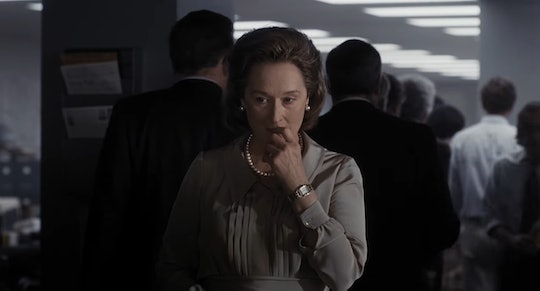 The 90th Annual Academy Awards are just around the corner on Sunday March 4, which means you still have a little bit of time to get caught up on all the nominees. It's no fun yelling at your TV over major snubs if you're not fully informed about every movie competing in the major categories. To make sure you're prepared, it's important to know where to stream the 2018 Oscar movies — that way you can stay on top of the nominees from the comfort of your couch.

Many of the 2018 Oscar movies can still be found in theaters, including all of the nine Best Picture nominees. It will depend on your local theaters, but Call Me By Your Name, Darkest Hour, Lady Bird, Phantom Thread, The Post, The Shape of Water, Get Out, Dunkirk, and Three Billboards Outside Ebbing, Missouri are all still playing. The available times seem to be somewhat reduced (at least here in my native NYC) but you can catch those films in all their glory on the big screen. Some might be on demand as well, depending on your cable provider. You can watch Get Out on HBO, too.

But there are plenty of other nominees in other categories that you can find on Amazon, iTunes, HBO, or Netflix.

You can rent or buy Roman J. Israel, Esq. on Amazon for $5.99 to $9.99 if you want to check out Denzel Washington's Oscar-nominated performance. It's also available on iTunes for the same price.

Willem Dafoe earned a Best Supporting Actor nomination for The Florida Project, which you can rent or buy on Amazon or iTunes. It is still playing at Village East Cinema and Landmark at 57 West, as well.

Nominated for Best Original Screenplay, The Big Sick is available on Amazon Prime. If you don't have Prime, then you can buy or rent it on iTunes.

The Boss Baby is on Netflix, so you can see if it deserves Best Animated Feature Film by giving it a watch there.

Coco was nominated for Best Animated Feature and you can find it on Amazon or iTunes, at $5.99 to rent and $19.99 to buy.

Another Best Animated Feature, the uniquely oil-painted Loving Vincent is on Amazon and iTunes — and this one is only $4.99 to rent.

Based on a poem written by Kobe Bryant, this Best Animated Short nominee is free to stream on Go90.

Lou, a Pixar short nominated for Best Animated Short, can only be streamed if you buy it on Amazon or iTunes, but its $2.99 price tag isn't so bad.

A Best Adapted Screenplay nominee, Logan is readily available from a variety of sources. You can catch it on HBO (including HBO Go, HBO Now, and On Demand), but it can also be rented or bought on Amazon, YouTube, Google Play, and iTunes. Amazon even offers a 7-day HBO free trial.

Blade Runner 2049 cleaned up in the more technical categories (cinematography, sound editing, and sound mixing, to be precise). You can enjoy those award-nominated sights and sounds on Amazon, YouTube, iTunes, or Google Play. It's $5.99 to rent on most platforms, but the price does go up if you want to buy.

Marshall earned a Best Original Song nomination for "Stand Up for Something," which you can listen to if you choose to rent or purchase the film. The usual suspects apply: Marshall is on Amazon, YouTube, Google Play, and iTunes.

The makeup and costuming of Victoria and Abdul were impressive enough to get the Academy's attention, and it can get yours too on Amazon, YouTube, Google Play, or iTunes.

Beauty And The Beast

Enjoy the Oscar-nominated costumes of the Beauty and the Beast live action remake on Netflix.

Guardians Of The Galaxy, Vol. 2

Available on Netflix, this Marvel space-set superhero sequel was nominated for its visual effects.

If you have access to HBO Go or HBO Now, then you can see the visual effects that got Kong: Skull Island an Oscar nomination.

War For The Planet Of The Apes

Also nominated for visual effects, War for the Planet of the Apes must be rented or bought if you want to watch it, but several services are here to help you: Amazon, iTunes, Vudu, and Google Play all have it.

Abacus was nominated for Best Documentary (Feature) and it's only $3.99 to rent on iTunes — but, in an even better deal, it's free to stream on Amazon Prime.

Nominated for Best Documentary (Feature), Last Men in Aleppo is on Netflix. Though if you'd rather pay for it, Amazon and iTunes have it too.

Strong Island, which follows Yance Ford's investigation into his brother's murder, was a Netflix original, so watching this Best Documentary (Feature) nom is just a click away.

Though it's still showing at the IFC Center, this Best Documentary feature film about the Russian Olympic doping scandal is even easier to watch on Netflix.

On Body And Soul

Best Foreign Language Film nominee On Body and Soul is streaming on Netflix.

This documentary about three women in West Virginia dealing with the opioid epidemic, which is nominated for Best Documentary (Short), can be found on Netflix.

After working your way through this lengthy list of Academy Award nominees, you'll be totally ready when the Oscars air on Sunday night.