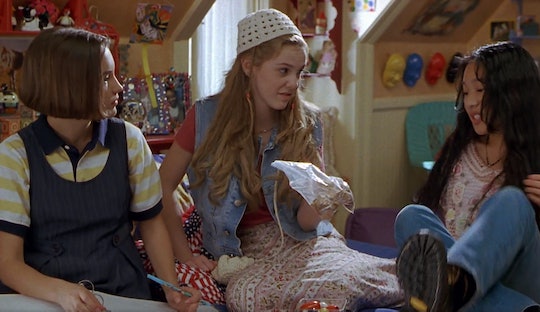 Some stories are so universal that they just keep coming back. That’s the case with a favorite book series, then movie, from the 80s and 90s that is set to see new life as a Netflix series. In advance of that, you might want to catch up on the previous iterations of the popular story, so here’s where to watch The Baby-Sitters Club before the new series starts.

There's a movie and a TV show version of The Baby-Sitters Club you can watch. As for the movie, unfortunately you won’t be able to find it for free on any of the top streaming services. That doesn’t mean it isn’t out there, just that you’ll have to pay for it. Amazon Prime Video has it for rent for $3.99, as does YouTube. It’s available for $2.99 on Vudu, and rents for $3.99 on iTunes. All those services also have it available for sale for around $13.

As for the 1990 TV series — which ran for 13 episodes, according to Entertainment Tonight — you can watch it for free with a Hulu subscription.

Both the adapted storylines center on a group of friends in the fictional town of Stoneybrook, Connecticut .

They’re based on the book series by Ann. M. Martin, which was published by Scholastic beginning in 1986, according to The New York Times. It was one of the publisher’s most popular series, and sold 176 million copies of 213 different books, The New York Times reported.

The 1995 movie is one of the most beloved films for a generation of fans who grew up with the books. The description on its IMDb page tells the tale of “seven junior-high-school girls [who] organize a daycare camp for children while at the same time experiencing classic adolescent growing pains.”

The film was instrumental in launching the careers of Rachael Leigh Cook and Schuyler Fisk. Bre Blair, Larisa Oleynik, Tricia Joe, Stacy Linn Ramsower, Zelda Harris, and Vanessa Zima also star. In January 2018, Fisk posted a sweet photo showing several of the cast and the director of the movie who all got together to watch the Golden Globes, according to Entertainment Tonight.

The new series hews close to the previous versions. Netflix described it as a “contemporary live action original series that will follow the friendship and babysitting adventures of five best friends in Stoneybrook, Connecticut,” according to ABC News.

In a statement, Vulture reported Martin sounded surprised at the continued interest in the series. “I’m amazed that there are so many passionate fans of The Baby-Sitters Club after all these years, and I’m honored to continue to hear from readers — now grown, who have become writers, editors, teachers, librarians, filmmakers — who say that they see a reflection of themselves in the characters of Kristy and her friends."

She added in the same statement, "So I’m very excited about the forthcoming series on Netflix, which I hope will inspire a new generation of readers and leaders everywhere.”

Netflix has ordered 10 episodes of the new series, according to ABC News, but there is no word yet on when exactly it will release. In the meantime though, you can catch up on the OG versions.