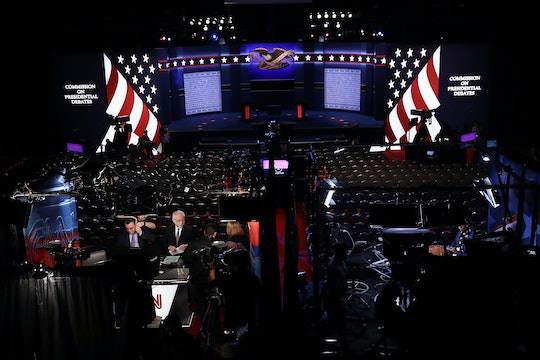 Where To Watch The First Presidential Debate In NYC? It's Going To Be Basically Everywhere

Tonight's the night! *Cue music: "It's the Most Wonderful Time of the Year"* The first presidential debate between Democrat Hillary Clinton and the GOP's megalomaniac businessman Donald Trump will take place live at 9 p.m. Eastern Time at Hofstra University in New York. I've never been so excited to watch something on TV as hyped as this debate has been since the Game of Thrones Season 6 finale. And, here's hoping that, like the GoT season finale, it lives up to its hype — it's marvelous, outrageous hype. If you're in the city that never sleeps Monday night, there are a ton of places where you can watch the first presidential debate in NYC.

No matter whether you're a Democrat, Republican, or just someone who genuinely enjoys a good bout of live television schadenfreude, where you watch the debate is often the result of the mood you're going for. If tonight's debate feels like a wrestling match, maybe a bar is more your style. If you need to laugh at the absurdity that has overtaken this election cycle, a comedy club might be more your alley. Or, if you're like me and either A) lazy, B) too tired to go out, or C) have kids so what's this "going out" you speak of — you might want to tune in from home. Here's where to watch the debate in NYC no matter what your needs are.