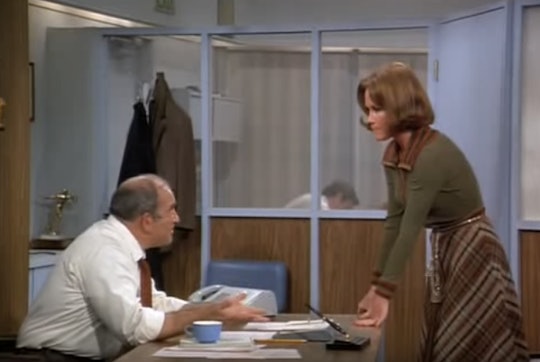 Where To Watch The 'Mary Tyler Moore Show'

On Wednesday, Mary Tyler Moore's longtime publicist Mara Buxbaum confirmed that the actress had died. She had reportedly been on a ventilator after being hospitalized with pneumonia that resulted as complications with her diabetes, according to People. But, given the length and importance of Moore's acting career, we should be memorializing her amazing life rather than the circumstances of her death. Here's where to watch the Mary Tyler Moore Show, which was the leading role that shot Moore to fame.

Moore's character on the show, Mary Richards, was somewhat of a trailblazer when it came to female characters in the '70s. Richards was a 30 years old, she was single, and she worked at as a news producer. The Huffington Post reported that the character notably asked for equal pay in one of the episodes of the show, which was groundbreaking at a time when women were only beginning to start having careers outside of the home. Oprah Winfrey recently said of the actress and her career in a PBS documentary, "I think Mary Tyler Moore has probably had more influence on my career than any other single person or force," according to the Huffington Post.

So where can you go if you want to see Moore in this iconic role? The show is pretty easy to find almost anywhere. YouTube has full episodes of the show, which are about 25 minutes each. You can also find all seven seasons on iTunes for $17.99 each, on Amazon Video for $17.99 per season, and Vudu for $1.99 per episode.

When asked by CNN whether her character in the show was a feminist, Moore said, according to the Huffington Post:

She wasn’t aggressive about it, but she surely was. The writers never forgot that. They had her in situations where she had to deal with it.

In another episode of the series, Moore reportedly hires a female sports broadcaster just because she can.

Tributes to the actress and her legendary roles started pouring in on Twitter, from celebrities and fans. Actor Josh Gad said "That shift in the Earth you just felt? That crater that is left behind? That is the legacy of the incomparable #marytylermoore RIP 2 an icon."

Moore, who was known well as a young actress for her incredible smile, will be remembered through her work. So, if you're feeling down about the fact that yet another great artist has left the earth, chill out and binge watch all of her shows, which are sure to leave you feeling independent AF.