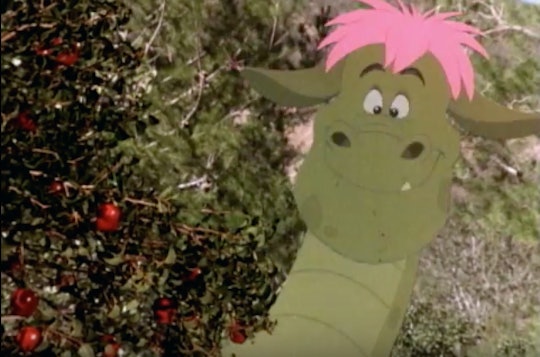 Where To Watch The Original ‘Pete's Dragon’, Because The Classic Film Is A Must-See

Later this week, Disney will breath life into an old classic — Pete’s Dragon — when it releases a live-action remake by the same name. However, before seeing the latest film (starring Bryce Dallas Howard, Oakes Fegley, Wes Bentley, Karl Urban, Oona Laurence, Robert Redford, and John Kassir as the dragon) fans young and old will surely want to see how Pete’s story began. So how can you watch the original Pete’s Dragon? Where can it be found? Well, good news Disney fans: the 1977 animated musical is available on several different websites, and in several different stores.

According to Amazon, the HD version of Pete’s Dragon can be rented for $3.99, and a digital copy of the movie can be purchased for just $17.99. The film also appears on Google Play and Disney Movies On Demand — for $2.99 — on numerous file sharing sites, and on a few different YouTube channels. However, if you prefer to own a hard copy, the “High-Flying Edition” DVD can be purchased through countless retailers, including Target, Walmart, Best Buy, and Amazon. But since I’m a big fan of, first, instant gratification and, second, not going shopping with my toddler, I think I’ll stick to streaming.

As for the reboot, the 2016 Pete’s Dragon — written by David Lowery and Toby Halbrooks, and directed by Lowery — will reinvent the core story of the original Disney family film. Pete will still be an orphan, as he was in the original, but according to the trailer and the official website for the film, the 2016 will be a bit lighter in tone:

For years, old wood carver Mr. Meacham (Robert Redford) has delighted local children with his tales of the fierce dragon that resides deep in the woods of the Pacific Northwest. To his daughter, Grace (Bryce Dallas Howard), who works as a forest ranger, these stories are little more than tall tales…until she meets Pete (Oakes Fegley). Pete is a mysterious 10-year-old with no family and no home who claims to live in the woods with a giant, green dragon named Elliot. And from Pete’s descriptions, Elliot seems remarkably similar to the dragon from Mr. Meacham’s stories. With the help of Natalie (Oona Laurence), an 11-year-old girl whose father Jack (Wes Bentley) owns the local lumber mill, Grace sets out to determine where Pete came from, where he belongs, and the truth about this dragon.

One other difference? While the original Pete’s Dragon was a musical, the 2016 version will not be.

As for how the latest version of the film will stack up, if Rotten Tomatoes is any indicator of its success, it will do well, as the movie-rating site has given the 2016 Pete's Dragon and 84 percent: "Pete's Dragon continues Disney's current live-action winning streak with an update that gives the original a visual overhaul without overwhelming its sweet, soulful charm."