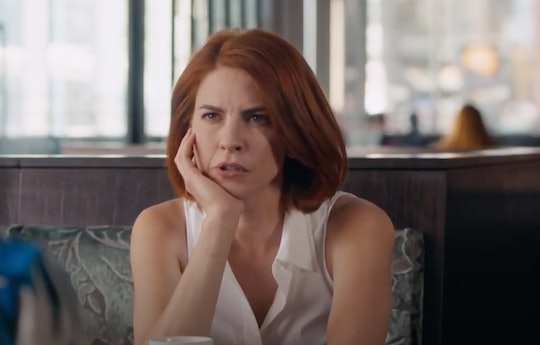 Here's Where You Can Watch The Newest Season Of 'Workin' Moms'

Like most of us, you've probably watched the first three seasons of the hit CBC comedy Workin' Moms again and again, so you certainly need to know where to watch Workin' Moms Season 4. It's been a while since Season 3 premiered on Netflix, but have no fear — the newest season of Workin' Moms will be available to stream before you know it.

All eight episodes of Workin' Moms Season 4 will be on Netflix on Wednesday, May 6, and that's the only place you'll be able to stream the popular comedy in the United States. Netflix acquired the Canadian show in January 2019 while it was already in its third season, according to The Hollywood Reporter, so now might be the time to invest in a Netflix subscription if you haven't already. If you're in Canada, you can watch full episodes of Workin' Moms for free online on CBC Gem. However, for those of us who live in the United States, your only option to watch Workin' Moms is on Netflix.

Seasons 1, 2, and 3 of Workin' Moms are all currently on Netflix and soon enough Season 4 will be available to stream as well. In the newest season, the core four — Kate Foster (Catherine Reitman), Anne Carlson (Dani Kind), Frankie Coyne (Juno Ruddell), and Jenny Matthews (Jessalyn Wanlim) — return to deal with all sorts of new drama and come face-to-face with relatable challenges.

"Workin' Moms is back, but as the kids outgrow Mommy and Me, our moms are growing too," the CBC's synopsis reads. "This season, Kate, Anne, Frankie and Jenny deal with some important questions — all while working to advance their careers: Can you forgive a cheating husband? How do we keep our kids safe while giving them independence? And how do you define a family?"

Have a peek at the official trailer for Workin' Moms Season 4 to get a taste of what's to come on Netflix in early May.

Mark your calendars for May 6 and go ahead and cancel any and all Zoom plans so you can fully enjoy the newest season of Workin' Moms.