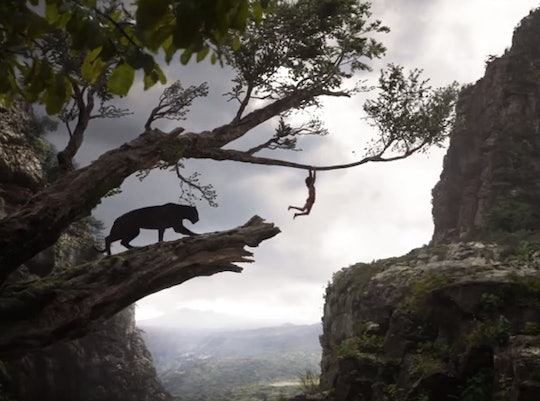 Where Was 'The Jungle Book' Filmed? The Jungle Background Almost Seems Real

The long awaited film is finally here. Disney's live-action version of The Jungle Book premiered on Thursday night, and people from all over the world seemingly can't get enough of it. The film features the voices of some of Hollywood's favorite actors, like Scarlett Johansson, Lupita Nyong'o, and yes, even Bill Murray, as well as some beautiful scenery and locations. With all of these gorgeous images from the film in mind, it's enough to make anyone want to go on vacation to each of those places and interact with all of the animals, just like Mowgli does in the film. (They talk in real life, right?) So where was The Jungle Book filmed, and most importantly, when can I go visit?

Mowgli, who is played by newcomer, Neel Sethi, is the only human in entire film. How awesome — albeit a bit lonely — does that sound? Sethi was reportedly the only principal actor on set at times, according to Fandango's Angela Hoover, who interviewed director Jon Favreau back in January.

According to The Daily Mail, most of the voice acting took place in a recording studio in New Orleans, Louisiana, where Favreau took pictures with the cast in their recording gear. While thats more of an ideal place to vacation, it isn't quite the same as the real jungle from The Jungle Book.

In a Twitter Q&A, Favreau tweeted and confirmed that none of the locations seen in the film were real. "None are real. All are CGI. The whole movie was shot in downtown L.A.," he said. "Mowgli floating down the river on Baloo's belly singing was difficult to recreate with real physics. Lots of R&D [research and development]."

Favreau also said that they used the behavior and mouth movements of real animals to perfect the "talking animal" look in CGI, rather than using human mouth movements as a reference. For first time actor, Sethi, I can only imagine how difficult it must be to film on just a sound stage, interacting with voices and not the real thing.

Christian Robertson, global managing director for visual effects company MPC, who also worked on the film, said that a lot of the movie's locations were based on photographs of India. "MPC has a VFX facility in India, so we had a photographic team that went out to remote [jungle] sites and photographed what was there," Robertson recalled. "Then we brought the photographic references back to MPC in London [to create the CG environments and combine it with the live action in VFX and post-production]."

While the location of The Jungle Book may look very real to viewers, knowing that the movie was filmed on a soundstage in Los Angeles actually makes the film seem a lot cooler to me, knowing how much work was put into making it look amazing. At least you can take a vacation in your imagination now, right?