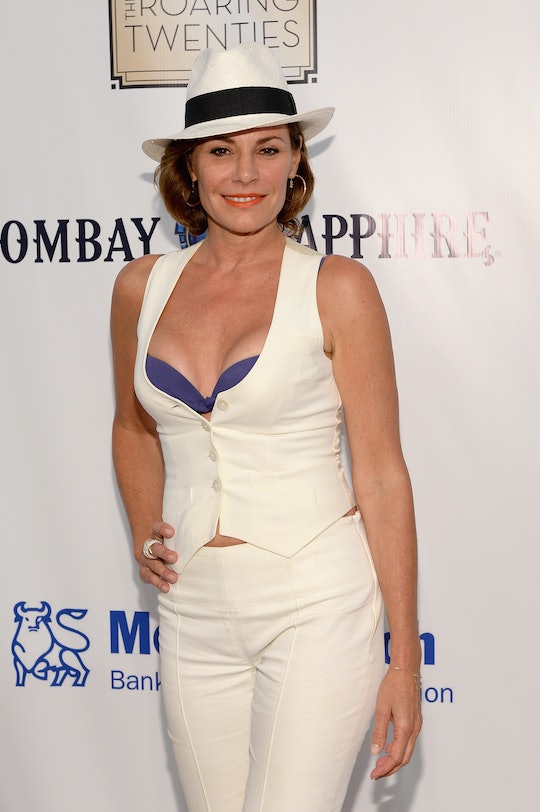 Where Will Luann De Lesseps' Wedding Be? The Housewife Is Throwing A Destination Wedding

Luann de Lesseps is marrying her whirlwind romance, of about nine months, later this year, and the nuptials are in the works to air as part of Real Housewives of New York — most likely during Season 9. So where will Luann de Lesseps' wedding be? Many of the details are already spilling forth, mainly from Luann herself, as she can't seem to stop gushing over her fiancé or how lucky she feels to have found marriage material twice in her life. (In fact, it becomes a point of contention on Season 8, when Luann starts to get cranky that the other women aren't glowing on her behalf sufficiently.)

So far, we know that the wedding weekend will take place in Palm Beach, Florida, where Luann's beau Tom D'Agostino has a home. The location has special significance to the couple, as they spent much of their courtship in Palm Beach. (They got serious in the dead of winter, which is not the most fun season to be trotting about town in New York City.) Page Six reports that the couple plans to split their time between Tom's New York penthouse, the Palm Beach house, and Luann's Sag Harbor Hamptons home once they're married.

As for the wedding itself, Luann has demanded a very fabulous three-day-long affair, with yachts, a traditional church ceremony, and a morning-after brunch bash. The weekend is supposed to begin with a yacht party the night before the ceremony. Then, Luann plans to get married in a Catholic church, and the reception will be held at Cafe Boulud on New Year's Eve. The wedding day will also be Tom's 50th birthday, and Luann is using the triple threat excuse to don three dresses.

"I've got three things to celebrate: it's our wedding, it's [Tom]'s birthday and it's New Year's Eve," she told People in an interview. "So I'm feeling like I'm gonna go very traditional bride, and then party dress for Tom, and then glitz and glamour for New Year's Eve."

Guests are also invited to soothe their hangovers the next morning at a big post-party brunch. Needless to say, it sounds like there's no less than a three-part episode in the making revolving around Luann's wedding, with plenty of opportunities for drama and/or the drunken debauchery we've come to know and love from the New York Housewives.