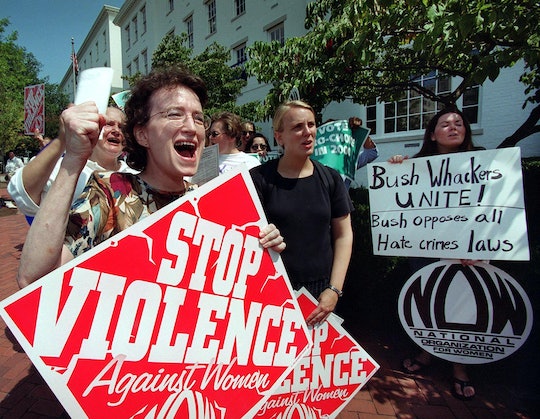 Where Will The Women’s March On Washington Be? There Have Been Questions About Permits

The Women's March on Washington has been organized and initiated with the mission to "send a bold message to our new administration on their first day in office, and to the world that women's rights are human rights," as written on the initiative's website. The march is set for Saturday, Jan. 21 starting at 10 a.m. and ending at 5 p.m. So, where will the Women's March on Washington be? There's been a lot of speculations concerning permits.

Mike Litterst, a spokesman for the National Park Service told TIME that the Lincoln Memorial and other sites like the National Mall, Pennsylvania Avenue, and the Washington Monument, will not be barred from the public, and that permits are usually given on a "first-come, first-serve" basis. He also added that the permit process and procedures for this year's inauguration are the same processes "used for the past two inauguration ceremonies," TIME reported.

In an interview with The Washington Post, Litterst revealed that the National Park Service typically reserves permits for the Presidential Inaugural Committee as a standard practice. "This is always the way it happens,” Litterst said. “What makes this so complicated is that not only is this inauguration, but because there has been so much interest on both sides of this election, we are seeing all of these extra events that want to take place at the same time.” To put it more simply, the Presidential Inauguration Committee reserved the Lincoln Memorial space, even though it's unclear what kind of event it could be holding there.

So for now, it seems the exact location of the Women's March is to be determined. But according to the Women's March's Facebook page, the event is still set to go. As of now, 138,000 people have RSVP'd on Facebook that they're planning to attend.

On the Eventbrite page for the Women's March on Washington, the organizers added a note about speculations and uncertainties surrounding the permit situation. The organizers explained that they were aware securing a permit would be a "process":

There has been a lot of talk and speculation regarding the permits and the permitting process. We want to ensure that everyone understands it is a process, meaning a request of this nature and size takes time and coordination of agencies before the permit is approved. Additionally, the permit goes through several updates as the event solidifies.

The Women's March also noted that details of the meeting place will not be released until they are finalized.

In the meantime, the organizers are ensuring attendees that there will be a march on Jan 21.