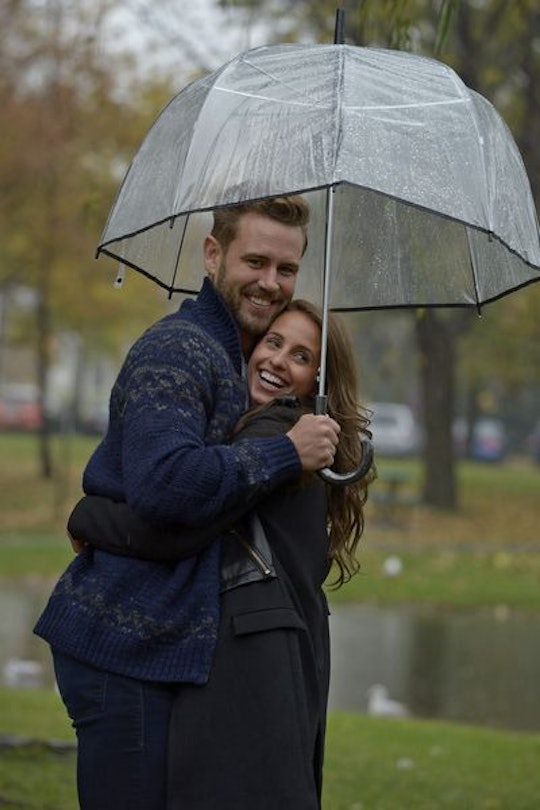 Vanessa's Family Had Concerns On 'The Bachelor'

Nick Viall has four contestants left on his season of The Bachelor, but only one of his prospects could potentially make an ex-pat out of him. Vanessa is from Montreal and she is obviously extremely close with her Italian family who immigrated there. So where would Nick and Vanessa live after The Bachelor? Both of her siblings grilled her on it during her hometown visit.

Her family seems to be very concerned with a certain habit they recognize in Vanessa, which is that she has a tendency to set aside her own dreams and happiness for the sake of a relationship. Both her sister and her brother brought up the fact that Nick and Vanessa live in two different countries, and that, if they were to end up together, there would be a little more logistical coordinating involved than in a domestic pairing. Nick and Vanessa didn't exactly shine with perfectly planned out responses.

They basically admitted that they had touched on the fact that one of them would have to move to a different country, but otherwise, they didn't really have more concrete plans in place. It makes sense for where they are in the show's process, but I can also see how it's an uncomfortable answer to hear if you're a family member meeting bae for the first time.

In an interview with Glamour last month, Vanessa said that she'd consider moving away from Montreal, if that's where a relationship took her:

I am willing to leave Montreal. That’s definitely something that needs to be discussed. We’ll see. We don’t know what the future holds, but I’m here. I’m happy!

On the hometown dates episode, however, Vanessa admitted that she and Nick hadn't talked about who would pick up their life and move. "It's a very big deal," she said to her brother. "But everything else just feels right."

As for Nick, he got grilled so hard by Vanessa's older sister that he started crying, especially when she expressed concern for Vanessa getting hurt again. It was pretty intense, and she didn't back down in her one-on-one conversation with Vanessa either. Even though Vanessa said she'd confidently accept Nick's marriage proposal if he asked, her sister pointed out that she doesn't even know what Nick plans to do after the show.

Both Nick and Vanessa knew they didn't have the practical answers to the questions that are necessary to have hashed out prior to engagement, but they still seemed surprised by her family's concern. It was definitely the rockiest hometown date, even though Vanessa is a favorite for the final rose. Hopefully some of these details can get ironed out during fantasy suites — if she makes it that far.