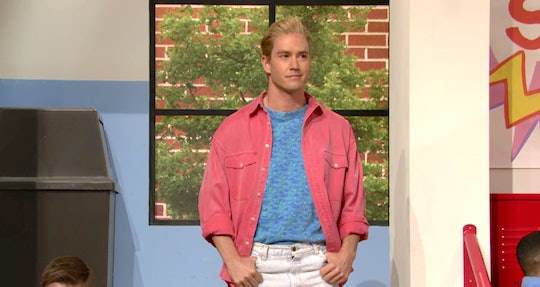 Which ’90s Sitcom Character Is Your Toddler? You're Not Imagining Those Zack Morris Vibes

Toddler behavior is baffling. Sometimes your kid is all calmness and cuddles, then suddenly they're nothing but testiness and tantrums. You can communicate with them a lot more than when they were a baby, but it can still seem like nothing's really getting through. And for every time where a bit of reasoning seems to work, there are two more times when they can't be bothered to listen to a word. So, naturally, you try to figure out where they're coming from, and put them in some sort of comprehensible category. And one lens to try is '90s sitcom characters.

That might sound strange, but hear me out: The best sitcoms of the '90s were defined by their boisterous, over-the-top characters. People who stole the show in all sorts of unexpected or outlandish ways. Some were super nerds, a few were totally cool, and most fell somewhere in the middle. But whatever problem or challenge they had to overcome, we knew they were going to figure it out — and usually with the input and support of their friends and family. They had admirable qualities as well as major flaws, and that's why we loved them. Not all that different from a toddler, amirite?

More Like This
The Best Travel Tips For Solo Parenting
A Parent’s Guide To Stomach Pain In Kids
Winter Travel Tips For Families
Tips to Beat Jet Lag, For You & Your Kids
What Parents Are Talking About — Delivered Straight To Your Inbox