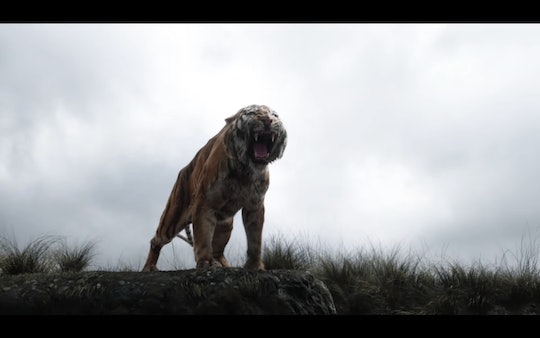 Which Animals Are In The Jungle Book? The Characters Can All Be Found In Indian Jungles

Disney's revamped version of The Jungle Book has proven to be a hit with both children and adults alike, scoring a rare 95 percent on Rotten Tomatoes. Many are praising the film's lifelike CGI, and it's opened up a world of interest in the animals that pace their way through the movie. The fact that a pangolin was featured in the movie has also caused quite a stir, and The Jungle Book even won an award from PETA for keeping live animals out of their film. That said, which animals are in The Jungle Book, and where can you find them?

If your kids loved the movie, they're probably asking a million and one questions about their favorite characters throughout the film — whether it's the powerful Shere Khan or the sleek Kaa. National Geographic recently took a gander at naming the species of animals in The Jungle Book, and it turns out that the movie did a pretty good job of picking accurate animals for the film. These animals can all be found in India, since the fictional Jungle Book takes place in the country's stunning jungles (most likely in places similar to Kanha and Pench national parks). All of the critters featured in Disney's newest live-action film can be found in the country.

Shere Khan might be the villain in The Jungle Book, but in real life, Bengal tigers have unfortunately become victims. According to the World Wildlife Fund, they're an endangered species threatened by poaching, the illegal wildlife trade, and loss of habitat due to forest clearing and climate change.

These guys have roars that can be heard up to three miles away, weigh up to 500 pounds, and can eat as much as 60 pounds of food in one night. Alpha predator, indeed.

According to National Geographic, the Indian wolf is exactly the same as wolves anywhere else in the world. And while wolves may look a lot like Fido, they're a world apart. They are very social pack animals, and work together to hunt and care for their offspring. Fun fact: they are not picky eaters, and will eat things like fruit, lizards, birds, and snakes if nothing tastier comes by.

As she does with most movies, Scarlett Johansson takes on the role of a badass in The Jungle Book. Indian rock pythons aren't venomous, but they're definitely still scary (since they, you know, literally squeeze the life out of their prey). Adults can reach up to 20 feet and can weigh as much as a teenager, ranging from 70 to 120 pounds. These sleek animals are listed as "near threatened."

Sloth bears might just be the cutest bears out there (and they definitely have the cutest name out there). These guys like eating ants and termites, and — true to Baloo — have a serious sweet tooth. They are probably the noisiest eaters you'll ever meet: they close their nose flaps while sucking up insects, which creates a snuffling noise that can be heard over 300 feet away.

These endangered big cats are actually just color variants of different subspecies of cats — usually jaguars or leopards. Panthers are territorial, and male panthers can call areas up to 400 square miles their home range. They can also reach speeds of up to 50 miles an hour over short distances, and can jump as high as 40 feet.

Okay, so this guy isn't actually around anymore. The Gigantopithecus has been extinct for several hundreds of thousands of years. But they would have been massive — weighing in at over 1,200 pounds and stretching 10 feet tall. Hey, maybe they were the inspiration for Bigfoot, too, not just King Louie.

All in all, The Jungle Book did a great job of piquing interest in a great variety of animals — many of which are unfortunately threatened by humans. If you're curious, read up on the different species in the film and dig into how we can help them out. Who knows? Your son or daughter might love raising funds for a new favorite wildlife non-profit too.