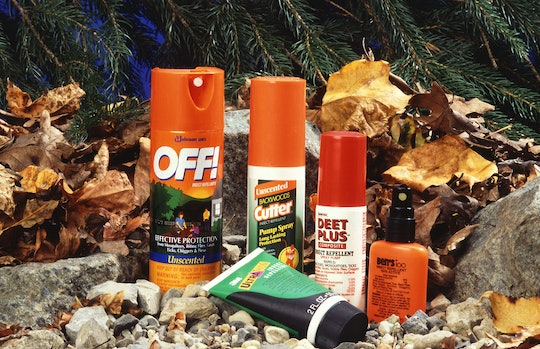 Concerns over a widespread outbreak of the Zika virus in the United States are high and, with a viable vaccine likely months away, the Centers for Disease Control and Prevention official guidelines for pregnant women in the U.S. focus largely on preventing exposure to the virus. But which bug repellents are safe for pregnant women? According to the CDC website, many of the creams and sprays currently on the market are safe during pregnancy, as long as they’re used as directed.

Zika has already been linked to thousands of cases of severe birth defects and stillbirth in newborn babies in South and Central America. And, the more scientists learn about Zika, the “scarier” the disease gets, the Washington Post reported this week, quoting the CDC’s principal deputy director Anne Schuchat at a press conference this week. The Post cited new evidence that Zika can be deadly to a fetus throughout pregnancy, not just in the first trimester as once suspected. Also, that same report said scientists have linked the virus to a litany of neurological disorders in children and adults.

Adding to the fears is a new warning from federal health officials that Zika could travel further into the continental U.S. than once suspected, hitting cities as far north as San Francisco and New York, according to a CNN report.

So for millions of American pregnant women, the need to prevent mosquito bites in the coming months has suddenly become critical. And according to the CDC website, using an Environmental Protection Agency-registered insect spray with DEET is the most effective way to prevent being bitten. But there have been plenty of questions over whether pregnant women can safely use repellents that include DEET (short for N,N-diethyl-meta-toluamide), believed to be most effective at preventing bites from the species of mosquito known to spread Zika.

According to a report from the New York Times, scientists armed with a handful of research on DEET exposure in pregnancy say that the answer is yes, it is safe, as long as the chemical isn’t overapplied. While there aren’t many studies on the effects of DEET on pregnant women and their babies — and despite evidence that the chemical can cross the placenta and reach a developing fetus — researchers said they were reassured that the risk of potential Zika exposure far outweighed the risks of DEET exposure, the Times reported. Dr. Laura Riley, a specialist in high-risk pregnancy and infectious disease at Massachusetts General Hospital, told the Times that “it makes sense to use DEET to protect yourself from something we know is truly unsafe, like Zika.” The Times also quoted Jack Housenger, director of the Environmental Protection Agency’s office of pesticides programs, as saying that “DEET is safe, including for pregnant women at any stage.”

As for determining exactly which product is right for an individual, the CDC points users to a search tool of EPA-approved insect repellents located on the agency’s website. Visitors can enter details like how long they’ll be outdoors, whether they need tick protection, and what active ingredients they prefer to get a list of pesticides the agency has deemed safe and effective for protecting against mosquito-borne illnesses, including Zika.

So far, there have been at least 346 reports of Zika infections in the U.S., CNN reported, and all of the infections reported so far have been linked to travel to areas where Zika is spreading or sex with an infected person. Still, while there have been no reported cases of local mosquito transmission, federal health officials urged Americans to prepare for the possibility of local outbreaks, according to that report.

“While we absolutely hope we don't see widespread local transmission in the continental U.S., we need the states to be ready for that,” Schuchat said. “We can't assume that we're not going to have a big problem. We know with other viruses we've had bigger problems than we expected. We're taking this very seriously.”