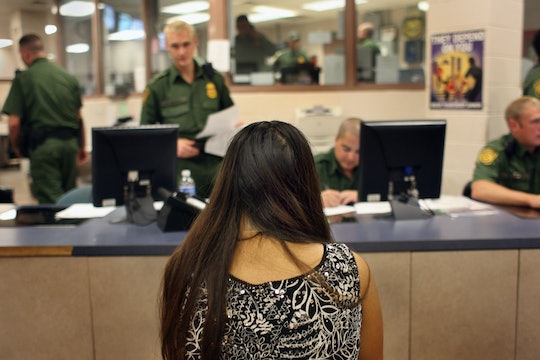 Which State Has The Highest Maternal Death Rate? Texas' Rate Has Been Climbing

One of the United Nations' eight Millennium Development Goals, set in 2000, was to reduce maternal death rates around the world. Good news first: A study in August found that, over the course of 14 years, the majority of countries in the world succeeded in reducing their maternal death rates. The United States' numbers, however, actually increased by 27 percent over the same time period — from 2000 to 2014 — and one state in particular had quite the spike in maternal deaths. So which state has the highest maternal death rate, and is there a reason for its startling increase?

The study, published in the September 2016 issue of Obstetrics and Gynecology, showed that Texas had between 17.7 and 18.6 maternal deaths per 100,000 births in 2000, a rate that remained relatively stable until 2010, according to The Guardian. Then, the state suffered a significant increase in maternal deaths, with 35.8 mothers dying per every 100,000 births. The researchers called that leap in numbers "puzzling" — although some reproductive rights activists said it was anything but.

Texas cut funding to Planned Parenthood in 2011, leading half of its clinics closed. Soon after, birth rates in Texas increased by 27 percent, according to The Washington Post, and there was a 36 percent decrease in claims for contraceptives. All Planned Parenthood clinics were also removed from a state program allowing poorer women to access preventive healthcare.

While there was no way to prove cause-and-effect between the funding cuts and the increased birth rates, University of Texas economist Joseph Potter hinted that the two may be related. "You’ve got a very strong signal that there was an impact," he told The Washington Post in February.

Others, however, say that the increase can't be due to funding cuts alone. "The closure of abortion clinics isn’t related to this reported increase in maternal mortality, which predated it by two years," Daniel Grossman, a reproductive sciences professor at the University of California, told The Nation in September. "The family-planning cuts may have been a contributing factor, but there had to be something else going on."

The reality is, many of these deaths took place six weeks or more after childbirth — maternal mortality rates include maternal deaths up to a year after childbirth — and most of the deaths were due to cardiac events, hypertension, and drug overdoses. As The Nation columnist Katha Pollitt explained in September:

A lot of them were on Medicaid—and in Texas, that means extreme poverty: Texas is one of 19 states that have refused to expand Medicaid under the Affordable Care Act. If the women were eligible for the state’s emergency Medicaid program, their coverage ended 60 days after the birth. Help with drug abuse is scarce, as is mental-health care (suicide was the seventh leading cause of maternal mortality).

As the study researchers acknowledged, funding cuts to women's health services definitely played a part in Texas' maternal mortality spike. Combining those cuts with poverty, minimal public healthcare, and a lack of support for those with drug or mental health issues, though, likely didn't help Texas' sad state of affairs.