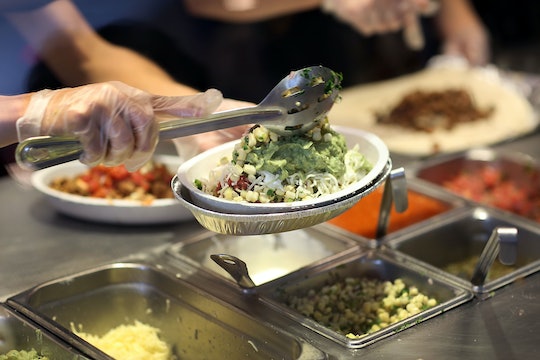 Which States Have Been Affected By The Chipotle-Linked E. Coli Outbreak?

Bad news, burrito lovers: An e. coli outbreak linked to Chipotle has spread to six states. Centers for Disease Control officials have reported that 45 people have come down with infections after eating at the much-beloved eatery. There have been 16 hospitalizations, but no deaths, according to the CDC website. As the CDC says in a statement:

The epidemiological evidence available at this time suggests that a common meal item or ingredient served at Chipotle Mexican Grill restaurants in several states is a likely source of this outbreak. The investigation is still ongoing to determine what specific food is linked to illness.

But which states exactly have been affected by the outbreak? Washington state was hit the hardest with 26 reported infections. There were 13 in Oregon, and then two each in New York, California, and Minnesota. (And there was one lonely outbreak in Ohio.)

We take this incident very seriously because the safety of our food and wellbeing of our customers is always our highest priority. We are committed to taking any and all necessary actions to make sure our food is as safe as possible, and we are working diligently with the health agencies. We offer our sincerest apologies to those who have been affected. We will leave no stone unturned to ensure the safety of our food – from enhancing the safety and quality assurance program for all of our fresh produce suppliers, to examining all of our food safety procedures from farm to restaurant, and expanding testing programs for produce, meat and dairy items before they are sent to our restaurants.

Not that the outbreak is scaring away customers.

It's true that 43 of the 45 infected have reported eating at Chipotle, but some results are still pending. The bulk of the incidents were traced to 11 Chipotle restaurants in Seattle and Portland. But after extensive cleaning and testing, those locations have all since been reopened. But while customers are still flocking to the guac, Chipotle stock has been taking some hits.

According to the Wall Street Journal, Chipotle shares took a dive when the news hit and are currently down 9.2 percent to $555.06, which is the lowest shares have been since this summer. Today, 3 million Chipotle shares were traded.

Let's hope, in the name of semi-healthy fast food and Chipotle margaritas, that the situation is resolved. And soon.