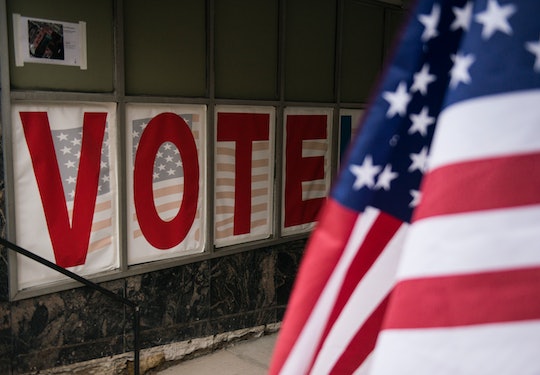 Which States Have The Strictest Voter ID Laws? 7 States Meet The Definition

It's up to individual states to make the rules about how people vote in elections. Many have, in recent years, taken up so-called "voter ID" laws requiring people provide specific forms of identification before casing their ballot. Which states have the strictest voter ID laws? There are seven states which meet the definition of "strict" requirements.

A total of 34 states across the country require voters to provide some sort of identification in order to cast their ballot, according to the National Conference of State Legislatures. Two states have passed voter ID laws, but they're not currently in effect: North Carolina's, which was struck down by the courts; and West Virginia's new law, which doesn't go into effect until 2018.

Voter ID laws fall into two categories: "strict" which means that if a voter shows up at his or her polling place without the proper ID, they have to fill out a provisional ballot, according to the Seattle Times. And "non-strict," which means you can sign an affidavit regarding your identity and then vote as usual. The seven states with laws that meet the "strict" definition include: Georgia, Indiana, Kansas, Mississippi, Tennessee, Virginia, and Wisconsin.

These Voter ID laws, by virtue of prohibiting certain members of the American electorate from exercising their Constitutional right to vote, are highly controversial and have been found by the courts to be racist and akin to Jim Crow laws of the past, according to the Washington Post. Proponents of the law, who are almost exclusively Republican, point to the need for voter ID laws to prevent voter fraud, according to The Hill. Opponents of the laws say they are designed to make it more difficult for minorities — people who they say tend to support Democratic candidates — to vote. There's research that backs up the idea that the laws are intended to suppress minority voter turnout, according to Mediate. In addition to voter ID laws, Republicans have also advocated for fewer days of "early voting" — a move Republicans have said is intended to keep people who tend to vote for Democrats from voting so that Republicans win more elections, according to the Daily Beast.

The New York Times reported extensively on the lack of actual documented cases of voter fraud and the political motivation behind voter ID laws. But that hasn't stopped Republicans, led by Donald Trump, to continue to push the idea that voter fraud isn't just a rampant problem, but that it could potentially undermine the credibility of the upcoming election.

“We may have people vote 10 times,” Trump said in an interview with the Washington Post, according to the Times. “It’s inconceivable that you don’t have to show identification in order to vote or that the identification doesn’t have to be somewhat foolproof.”