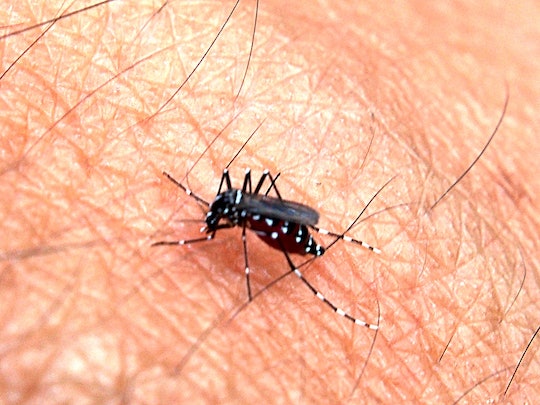 Which US States Might Be Affected By Zika? Parts Of Florida Declared A State Of Emergency

Like most pregnant women across America, I’ve been feverishly absorbing news about the Zika virus as the disease has spread through Brazil and South America into parts of the Caribbean. And there’s plenty of alarming news: World Health Organization officials predict an explosion of Zika cases this year, with 3 to 4 million infections over the next 12 months, according to the Daily Mail. But with the warmest months ahead, the question of which U.S. states might be affected by Zika has become a serious one. And officials haven’t been very clear on just how worried American women should be.

The mosquito-borne disease is relatively harmless for most people, but a nightmare for women who are or who might become pregnant in Latin America. While researchers have yet to find a definitive link, contracting Zika during pregnancy is associated with a greater risk of babies born with microcephaly — a devastating birth defect that causes unusually small heads and brains, as well as permanent brain damage. There is no vaccine or treatment for Zika. And the irony here is that in the two dozen countries where Zika is rampant, contraceptive and abortion services are scarce, which means women have few options for following advice from health officials to avoid pregnancy.

For the first time since Zika took off with a vengeance in Central and South America early this year, U.S. officials have started reporting the first Zika cases inside U.S. borders. So far, there are 48 Zika patients in 12 states and Washington D.C., according to CBS News. All have been travel related except for one rare case of sexual transmission in Texas. And, in a move that brings the threat of the virus a little too close to home for many women, Florida Gov. Rick Scott declared a health emergency in four counties, including Miami-Dade, after at least nine Florida residents were diagnosed with the mosquito-borne illness.

But just how likely is a widespread Zika outbreak in the United States? Not very, according to Thomas Friedan, director of the Centers for Disease Control. In a special column for CNN, Friedan wrote that more travel-related illnesses and small clusters of mosquito-to-person infections are likely as the disease spreads in Puerto Rico and the Caribbean, but nothing on the scale seen in Brazil and other countries:

Science doesn't have a crystal ball, but the CDC has great laboratories and the world's best disease detectives. For a disease such as Zika to spread widely, two things are necessary. The first is the specific mosquito species that spreads the virus. The second is the conditions in communities; places that are crowded and don't have air conditioning enable viruses such as Zika to spread.

But others are less confident. Speaking to NBC News, Peter Hotez, dean of the National School for Tropical Medicine at Baylor College of Medicine in Houston, pointed out that conditions in the wet lowlands of America’s Gulf Coast are far closer to those in Latin America than many would imagine. “I am quite worried about Zika taking off on the Gulf coast,” Hotez said. “We have both species of mosquito that can transmit the virus. There's the right level of poverty and the tropical climate.”

Hotez explained why the Gulf states are most vulnerable to Zika in a later interview with the Daily Mail. According to Hotez, Zika thrives in impoverished areas, especially neighborhoods with garbage, lots of standing water, and around homes and apartments with no screens on the windows. Sadly, many of those conditions are present in the poorest regions of the Gulf Coast in the United States — specifically in parts of Texas, Louisiana, Mississippi, Alabama, and Florida.

Hotez said that while the winter months would see more travel-related cases, the more temperate mosquito-breeding months ahead should mean a surge in local infections. “If it's going to happen, I think it will happen in the warmer months, likely in April and May,” Hotez said.