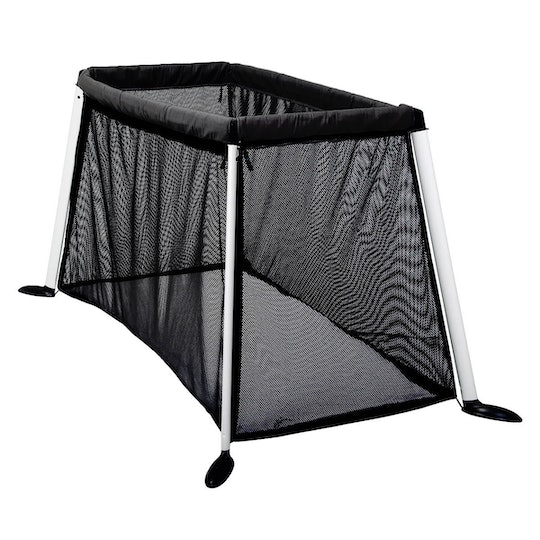 Which V3 Portable Travel Cots For Babies Have Been Recalled? Only Those Made In Canada

Juvenile product manufacturer phil & teds issued a recall of its traveller V3 portable travel cots for babies on Tuesday at the behest of Health Canada, according to Today's Parent. Although the cots are sold in more than 50 countries, including the United States, the current recall applies only to those products that were sold in Canada between February 2013 and September 2016. During that time period, approximately 5,823 units were sold, according to Health Canada. The recalled products come in both black and silver, and were sold under model numbers TR_V3_5 and TR_V3_7, respectively. All affected products have a serial number beginning with TRV3RV.

Although no injuries have been reported, the product is being recalled because the plastic clips that secure the inflatable mattress to the base of the crib do not meet Canadian Cribs, Cradles and Bassinets Regulations and could present a choking hazard. Consumers should contact phil & teds to receive a free repair kit. To request a repair kit, customers can call 1-855-652-9019, email CanadaCare@philandteds.com, or complete an online form. The traveler V3 cribs should not be used until the repair kit can be obtained (other versions of phil & teds traveler cots are not affected by the recall). Mike Grant of phil & teds sent Romper the following comment:

phil&teds takes safety and standards testing seriously which is why we test our products against major mandatory and voluntary standards, in primary markets. All laboratories used are accredited.The traveller v3 passed independent, third party, laboratory testing against both current Canadian and US standards.Recent testing by Health Canada found that the four plastic clips, which attach the mattress to the bottom of the crib, do not meet Canada’s regulations for minimum strength. Importantly, and thankfully, we’ve had no reports of clips broken in use.

Health Canada’s test result is above requirements when compared, for example, to US standards - as different countries set different regulations and test methods. Because of this, phil&teds is voluntarily recalling to repair all traveller v3 sold from February 2013 to September 2016 in Canada only.

We’re proud of our product testing program and attitude towards safety.

Although the product is no longer available on the phil & teds Canada website, it is still for sale in the United States and the United Kingdom. It's unclear whether the clips differ from the Canadian product, but when comparing a close-up image of the clips on the Canadian site and a promotional video on Amazon aimed at U.S. customers, the design appears the same. The U.S. Consumer Product Safety Commission and the UK's Chartered Trading Standards Institute have yet to issue recalls. Romper has reached out to phil & teds for comment and did not immediately receive a reply.

According to the Code of Federal Regulations Title 16, Part 1501, products intended for use by children under age 3 may not include small parts, or produce small parts when broken. A "small part" is defined as any object that can fit into a test cylinder 2.25 inches long by 1.25 inches wide, which is designed to mimic the throat of a child under 3. Parents who are concerned that a product they own may pose a choking risk to their baby can purchase a small parts test cylinder online or in most baby product stores. The CPSC also provides an email subscription service for consumer recalls.