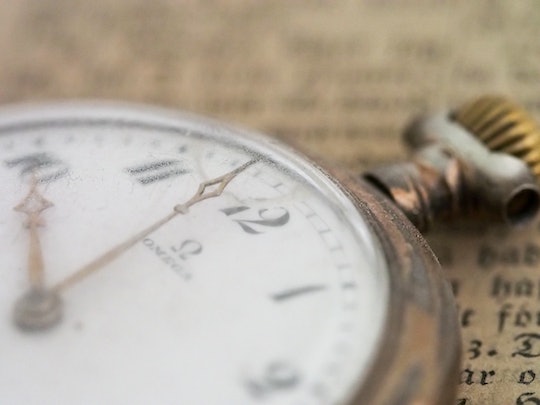 Which Way Do You Change The Clocks When Daylight Saving Time Ends? We'll Get An Hour Back

Daylight saving time (DST) has long been the center of much research and debate. But as with anything else, the yearly changeover is inevitably almost upon us, and it will soon be time to accept that the times on wall clocks and analog watches need to be changed. But perhaps it won't be too painful considering the end of DST means people will theoretically gain an extra hour in the day it ends. So, which way do you change the clocks when daylight saving time ends? It's almost time to take it back a notch.

DST ends on Sunday, Nov. 6. Say goodbye (if you haven't already) to those long summer days because it will be a bit darker outside for happy hour than before. Starting at 2 a.m. on Nov. 6, the clocks get turned back an hour to 1 a.m., essentially giving people an extra hour of sleep – though some researchers have claimed that most people don't exactly benefit from the so-called "extra" time for Zs.

And as for spring, when most Americans "spring forward" and lose an hour of sleep in March (you change your clocks forward, making the days longer), many have argued that it has concerning effects on one's health. In fact some states like, California and Rhode Island, have proposed bills to stop the changing of the clocks for DST.

"Once we spring forward, I don't want to fall back," Rhode Island State Rep. Blake Filippi said according to U.S. News. "Pretty much everyone I speak to would rather have it light in the evening than light first thing in the morning." Considering research has reportedly linked DST to potential car crashes, severe cluster headaches, and heart attacks, it's certainly a conversation worth having.

In a report by local Oregon Koin 6 News, Republican Sen. Kim Thatcher addressed a 2015 bill that would get rid of DST in Oregon. (It wouldn't be the first state to do so: Arizona and Hawaii have already done away with DST.)

"It seems like out of the blue I’ve been getting an earful from people around the state saying, ‘why are we still doing this?’ I didn’t wake up one day and say, ‘hey, we just need to kill this thing,'” Sen. Thatcher said. “But the more I looked into it there really isn’t a lot of rationale for keeping it, other than just personal preference, and that’s why I say, let’s just send it to the voters and see what they say.”

It will be interesting to see how the DST conversation progresses throughout the years. But if you don't live in a state where DST is not recognized, then be sure to change your clocks next month – the days are flying by.