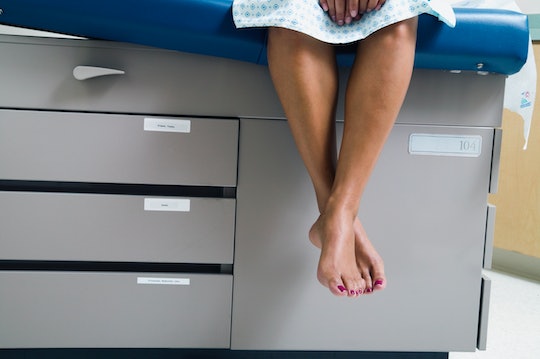 A number of advocacy groups have filed a complaint against a private immigration detention facility in Georgia after a whistleblower alleged ICE detainees were being subjected to hysterectomies, unsanitary conditions, and medical neglect. Led by Project South, the complaint alleged a high number of hysterectomies were being performed on immigrant women detained by U.S. Immigration and Customs Enforcement (ICE) at the Irwin County Detention Center (ICDC), a private facility operated by LaSalle Corrections.

"When I met all these women who had had surgeries, I thought this was like an experimental concentration camp," the complaint noted one detainee told Project South in 2019 after meeting at least five other female detainees who'd had a hysterectomy while detained at ICDC. "It was like they’re experimenting with our bodies."

Detainees weren't the only ones to report concerns about the high number of hysterectomies being performed at ICDC. Dawn Wooten, a whistleblower and former nurse at ICDC, has also questioned why a gynecologist used by the facility has performed so many hysterectomies of detainees. "Everybody's uterus cannot be that bad," Project South's complaint reported Wooten said in her Declaration. "Everybody he sees has a hysterectomy — just about everybody. He's even taken out the wrong ovary on a young lady [detained immigrant woman]."

Wooten alleged she and other nurses at ICDC had viewed the number of hysterectomies this doctor performed as a "red flag" and nicknamed him "the uterus collector."

Even more concerning was Wooten's allegation that many of the detainees seemed unclear or poorly informed about why they had been given a hysterectomy. Wooten claimed several detainees had told her they did not know why they had been sent for the procedure.

At least one detainee told Project South she had been given three different explanations about what procedure she needed done. After initially being told she had an ovarian cyst that needed to be drained, the detainee was told by someone else that she was going to have a hysterectomy, according to the complaint. When hospital staff refused to operate following a positive COVID-19 antibody test, the detainee was transferred back to ICDC where a nurse told her the procedure she had been scheduled for involved scraping vaginal tissue.

When asked why she needed the procedure, the detainee was first told it was to treat her heavy menstrual bleeding and later told it was because she had a "thick womb." She told Project South that when she attempted to explain there had likely been a mistake as she did not suffer from heavy bleeding and had not been told she had a "thick womb" the nurse became nervous and began yelling at her. "[It] felt like they were trying to mess with my body," Project South's complaint reported the detainee said.

While an ICE spokesperson tells Romper the agency does not comment on matters that have been presented to the Office of the Inspector General, they noted anonymous and unproven allegations should be treated with skepticism. "ICE takes all allegations seriously and defers to the OIG regarding any potential investigation and/or results," ICE spokesperson Lindsay Williams says. "That said, in general, anonymous, unproven allegations, made without any fact-checkable specifics, should be treated with the appropriate skepticism they deserve."

Romper has also reached out to the Department of Homeland Security for comment.

Immigrant advocacy groups, however, have condemned the agencies over the allegations. "These reported sterilization of immigrant women is yet another horror to add to the laundry list of mistreatment and abuse documented at ICE’s private — and public — prisons," Families Belong Together said in a statement. "Just a few months ago, private prison CEOs denied any knowledge of abuse when they testified in front of Congress."

Along with claims of unsanitary conditions and inedible food, Project South's complaint also alleged ICDC had underreported COVID-19 cases at its facility and refused to test symptomatic detainees. In an interview with The Intercept, Wooten alleged she was demoted from a full-time position to a part-time on-call position in July as retaliation for repeatedly complaining about how ICDC was handling COVID-19 cases and safety protocols.