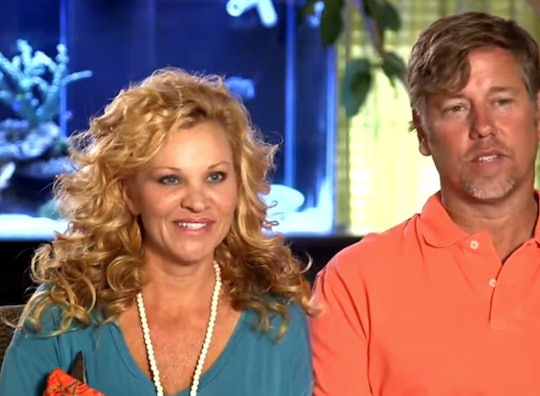 TLC has successfully produced a number of hit reality series, and now their latest venture is bound to be another hit. The series, titled Our Wild Life, follows the Abrams family who live with 80 animals on their 16 acres of land in North Carolina. So, who are Bobbie Jo and Jerry Abrams on Our Wild Life, and how did they end up with so many animals?

The couple, along with their three human children, have adopted the creatures that live on their land (and in their house), but these aren't your regular every day pets. They have a zebra, a camel, a lemur, kangaroos, alpacas, llamas, wallabies, pigs, and more. Many of the Abrams' animals are rescues or have special needs, and according to Broadway World, the family has "devoted the household to providing the love and care [the animals] deserve."

Along with their children and their "fur babies," as the Abrams call their rescue animals, they also have a nanny, Naa Naa, who has been living in their home for the past seven years. Based on the trailer, it's clear Naa Naa isn't a big fan of the all the animals living in the home, but she sticks around anyway. It's also evident that even if she doesn't love the animals so much, she definitely loves the kids she takes care of.

Unfortunately for Naa Naa, over the course of the season the Abrams will continue to adopt more animals, beginning with an umbrella cockatoo named Coco. In the trailer, you can even see the bird swear! Other animals that will pop up this season include a wolf-dog hybrid, a litter of puppies, and Belt the Sloth, who will explore his home very slowly, as sloths are known to do.

Additionally, during this first season the Abrams will host a huge spring festival on their land for the entire town. While this sounds like it could be fun in theory, with so many animals on the loose I get the feeling this festival could possibly end in some kind of disaster. You'll just have to tune in for the premiere season to see what happens! The first season is comprised of six one-hour episodes, giving fans a nice introduction to the Abrams family and all of their animals.

Bobbie Jo opened up to The News & Observer about getting a reality show and how much of what people will see on the TV series is actually real. She revealed that although a number of her animals do live inside her house regularly, for the show that was a little exaggerated.

The animals who are almost always inside are the birds, the sloth, and the lemur, who Naa Naa calls "the jumping monkey." Speaking of Naa Naa, Bobbie Jo also revealed that her longtime nanny actually won a $200,000 lottery a few years ago. Instead of bailing on them, Naa Naa decided to stay on with the family because she loves the children so much. Whether or not she knows it, Naa Naa will most likely become the star of this show.

Bobbie Jo told The News & Observer that Naa Naa is like a real life "Madea," and in one of her funniest moments she attempted to stop Coco, or the "devil bird" as she calls him, from cursing by singing her gospel songs around him. You'll have to tune in to see how that turns out!

It's clear this show will be a fun watch. You can see Our Wild Life when it premieres on Tuesday night at 10 p.m. ET on TLC.