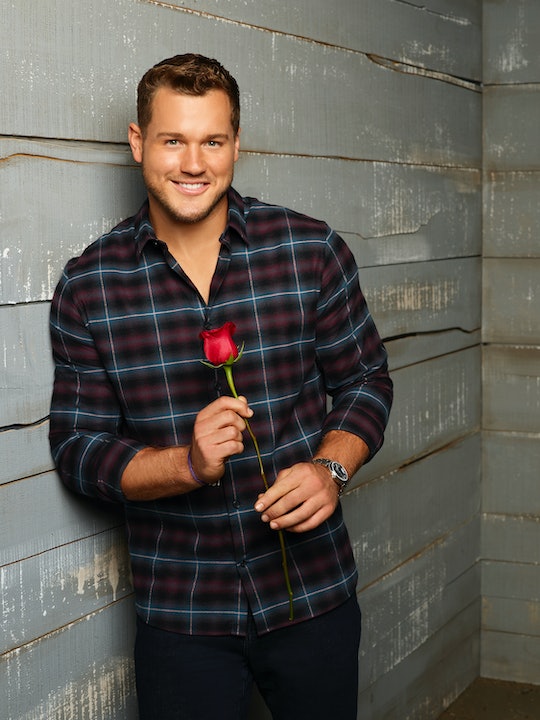 Here's A Much Needed Refresher On Who 'Bachelor' Colton's Parents Are

When watching a show like The Bachelor, there's always an odd anticipation of what's to come when the hometowns are on the horizon. You wonder how the chosen contestants will react to the Bachelor's family and how they'll fit into the dynamic if they're to become part of the crew. It's probably my favorite part of each season, TBH. And since you've already met Colton's family when he brought Bachelorette, Becca Kufrin to his hometown in Colorado, you may need a refresher on the two peeps who made the former NFL star who he is today. So, who are Colton's parents?

As I said, Mom and Dad, aka Scott and Donna, previously appeared on The Bachelorette when Colton confessed Becca was the first girl he ever brought to meet his parents. Uh, yikes. Rest assured — the past episodes showed Becca was an instant sensation with his parents and the rest of his family. Scott came at Becca with some tough questions like any dad would do, and he didn't hesitate to take a deep dive into the topic of former Bachelor, Arie (Season 22), in which Becca was initially chosen and then subsequently dumped on TV. It was an an uncomfortable episode that left Becca completely blind-sighted, so Scott had good reason to ask the questions he did. Colton's heart was on the line (for the first time on TV). That aside, they knew of Colton's previous relationship with Becca's friend, and fellow Season 22 contestant, Tia, and wanted to get her take. All in all, the fam took it all in stride and probably felt their boy, Colton, had a pretty good chance of winning Becca's heart. Sorry, friends.

Now that you remember Scott and Donna, here's a little more about the dynamic duo who raised ABC's newest sensation. Both attended Illinois State University and participated in athletics, according to the ISU website, Vidette Online. Scott played defensive end for the Redbirds for three years while Donna was part of the volleyball team for four. And football runs in the family with Colton's brother, Conner, as a linebacker for Indiana State Sycamores a few years back. The two brothers even played one another. Wild, right? With Scott having coached them through many years, he confessed how hard it's been to balance the game and training schedules from time to time. When speaking about Colton's choice to follow in Scott's footsteps, Scott said, "He's made us really proud [and has] turned into a whole lot better football player than I ever was."

All of that aside, Scott appears to sell insurance in Aurora, Illinois and has a semi-active Twitter account with tweets about football, and of course, Colton's season of The Bachelor. As for Colton's momma, Donna, it seems as though she and Scott may have split and she's since re-married to a man named Daniel, according to her Twitter bio. Her last name has also been changed and she now has two bonus/step children. Her bio also reveals she's a realtor in the greater Denver area. And let me never forget to mention she also mentioned Colton's beloved doggos, Sniper and Thor, because that's probably the most important thing to know about her.

At this point, Colton's parents are no stranger to Bachelor Nation. If anything, they're stars in their own right. And after watching Colton endure two previous Bachelor franchise seasons, plus the current one, I think it's high time Scott and Donna get the thanks they deserve.