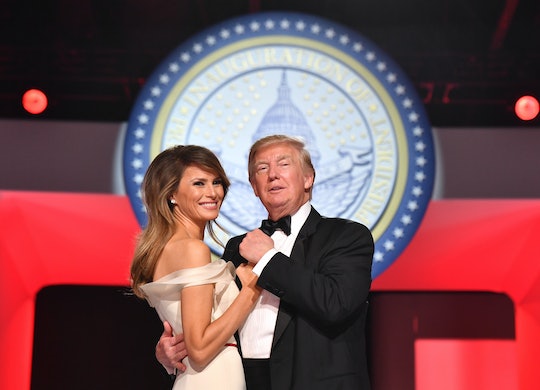 While most Americans can now confidently name all three of President Donald Trump's wives, and all five of his children, precious little is known about his in-laws. Who are Melania Trump's parents, and why have they stayed so far from the spotlight? Learning more about them could help to shed light on the first lady herself, but they continually decline interview requests. The biggest info dump we’ve received on them came in the form of an April 2016 GQ interview, in which journalist Julia Ioffe revealed that Melania’s father, Viktor Knavs, had a child out of wedlock who he subsequently denied fathering, then fought viciously against paying child support for the boy. None of the family, including Viktor, have met him. Melania originally denied the story, but when presented with proof, she later claimed that she’d misunderstood Ioffe’s question, and claimed she'd known for years. After publication, Ioffe received a barrage of anti-semitic abuse and death threats from Trump supporters.

The background of the Knavs is somewhat contested; Viktor has been alternately described as a car parts salesman and a manager at a state-owned car dealership, and, her mother, Amalija, a textile factory worker and a children’s fashion designer. According to GQ, the Knavs had a lavishly decorated home in an otherwise drab village, both Melania and her sister, Ines, were college-educated, and Viktor was known around town for his Mercedes collection.

During Melania’s youth, Slovenia was still Yugoslavia, and was under the rule of Communist dictator Josip Broz Tito. According to The New York Times, Viktor was a card-carrying member of the Communist Party, "to which only a tiny percentage of Slovenians belonged." Members were afforded great perks, and it may be how both Viktor and Amalija secured their government jobs (the textile factory where Amalija either sewed or designed children’s clothing, depending on who you believe, was also state-run). This may also explain how a man who started out as a chauffeur for a local mayor ended up owning a Maserati just a few years later.

Melania took up modeling while in college in the mid-1980s, which soon took her out of Slovenia, and finally to New York. She met Donald in the late 1990s, and in 2002, the couple visited her parents in their hometown of Sevnica. It was the last time either have been to Slovenia. Viktor and Amalija eventually followed their daughter to the United States, where they now live, alternating between Trump Tower in New York City and Mar-A-Lago in Palm Beach, Florida. They still visit Sevnica a few times a year.