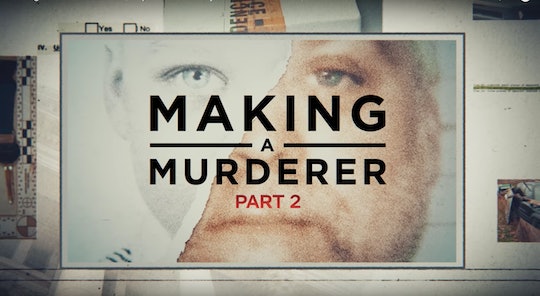 Who Are Steven Avery's Parents? Here's Everything You Need To Know

After its premiere in 2015, the Netflix documentary series Making A Murderer became the focal point of many conversations. The show followed the story of Steven Avery, who'd been exonerated due to DNA evidence and who was then suddenly the prime suspect of a new murder. The series left people with countless questions about the murder cases and Avery himself. With a show called Making A Murderer, it's fair to wonder: who are Steven Avery's parents? Here's everything you need to know.

On Oct. 19, Making A Murderer's second season dropped after three long years. This season features 10 new episodes that dive into what happened after Avery was convicted, as well as all that went into trying to exonerate both Steven Avery and his nephew, Brendan Dassey, as reported by Rolling Stone.

Three years means this second season is highly anticipated and fans of the show cannot wait to binge it, if they haven't done so already.

Earlier in the year, Netflix released a shorter teaser for the show's second season. In the teaser, a woman's voice can be heard saying, “Once somebody’s convicted, they have to move mountains to get out of prison.”

In the case of Steven Avery, those mountains were largely pushed and shoved by his parents. But, who are they?

The faces of Avery's parents should be no mystery to fans of the show. During the first season of Making A Murderer, both of Avery's parents made several appearances. Steven Avery is the son of Dolores and Allan Avery, who continue to be some of his biggest supporters, as noted by Heavy.

Calling them Avery's biggest supporters isn't a stretch. In 2016, The Mirror reported that Allan and Delores sold their business in Twin Rivers, Wisconsin to pay for their son's legal defense in 2006. This was before Avery could benefit from the $36 million lawsuit against Manitowoc County, according to The Mirror.

Since the show originally aired, Dolores and Allan have received support from fans. However, their tireless efforts to represent their son, and age itself, have clearly taken a toll.

In May 2016, an investigative reporter from the Appleton Post-Crescent visited the Avery salvage yard. Reporter John Ferak wrote about his experience, noting that the Averys were "extremely friendly, very nice people".

If Avery is truly innocent, the family hopes Zellner can work her magic sooner than later. Allan and Delores Avery are getting into their late 70s. The belief that their son got railroaded by the Manitowoc County criminal justice a second time and has lost another 11 years of his freedom seems to be an enormous cross to bear. Age is starting to become a factor. It’s becoming harder for Delores to get around. Allan Avery’s hearing is going.

That report was written a little over two years ago, which means Dolores and Allan are now either in or quickly approaching their 80s.

It's clear that the experiences of both Dolores and Allan throughout this case have not been easy. It will be interesting to see what happens with Steven Avery's parents in Making A Murderer's second season.