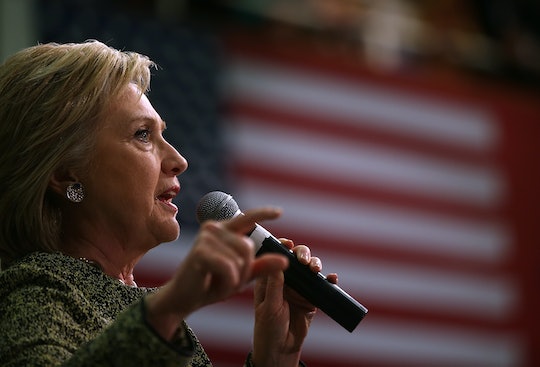 Who Are The American Samoa Democrats? They Might Heavily Support One Candidate Over The Other

March 1, or Super Tuesday as its known in the presidential race, is just around the corner, and the biggest event of the 2016 race so far has the potential to make or break campaigns. In other words, win big on Tuesday with the 12 states and one American territory (American Samoa), and you'll be well on your way to a presidential nomination. But, who are the American Samoa Democrats that will be taking to the polls this week?

American Samoa, one of the country's most remote U.S. territories, isn't well known to many. However, come Tuesday, the territory's Democrats will still be able to caucus to make their choice for the Democratic presidential nominee known. To fully understand who these important voters are, it's vital to understand the territory's history.

American Samoa has been part of the United States since 1990, and encompasses several islands in the South Pacific, the capital of which is Pago Pago. American Samoa is unique because it will not be participating in the 2016 general election, as it is a U.S. territory — and not a state. That said, the state's population of 56,000 still gets to have their say on Super Tuesday, when registered Democrats and Republicans in the territory will be given the opportunity to participate in the nominating process. And you can be sure presidential candidates have not forgotten that fact.

The territory will hold its Democratic caucuses on March 1 (Super Tuesday), and Republican caucuses will be held later in the month on March 22. The territory is especially important for Democratic presidential candidates with 11 delegates at stake, while the Republicans will be vying for 9.

Many predict Clinton will dominate in the territory when the state's Democrats head out to caucus, based on what happened back in 2008. Despite being from nearby Hawaii, during the 2008 American Samoa caucus, President Obama lost to Clinton by a margin of 57 percent to 42 percent. This time around, neither Clinton or opponent Vermont Sen. Bernie Sanders have bothered to campaign in the territory. (Can you blame them? It's about an eight-hour flight from Hawaii — although the trip could act as a well-deserved mini vacation on the campaign trail.)

Though travel to the island territory isn't in the cards, Clinton has been making a definitive effort this time around. In fact, daughter Chelsea Clinton recorded an audio message for local supporters for her mother's campaign, and Clinton herself did visit the territory as secretary of state in 2010. Just this week, in fact, Clinton campaign spokesperson Ian Sams told MSNBC,

As we said from the beginning, Hillary Clinton’s campaign intends to compete in every contest and for every vote – voter by voter, caucus goer by caucus goer. This includes the territories, and we have volunteers in each of them helping us organize, empower and energize our supporters to attend their respective contests and support Hillary Clinton.

Clinton has already landed endorsements from the American Samoa Gov. Lolo Matalasi Moliga as well as from the chair and vice chair of the territory's Democratic Party. That said, to score a repeat landslide victory similar to Clinton's 2008 performance will be difficult, as Sanders has been receiving endorsements from the territory, as well. He recieved an endorsement this past weekend from American Samoa-born Congresswoman Tulsi Gabbard, a Hawaii Democrat who resigned her position as Democratic National Convention vice-chair in order to support Sanders.

American Samoa Democrats will rally together at 9 a.m. SST tomorrow (3 p.m. ET) at the one and only caucus location in the territory — the Tradewinds Hotel in Pago Pago. We will just have to see if the results show a repeat win for Clinton or if more American Samoan Democrats mirror Gabbard's views on the two candidates.