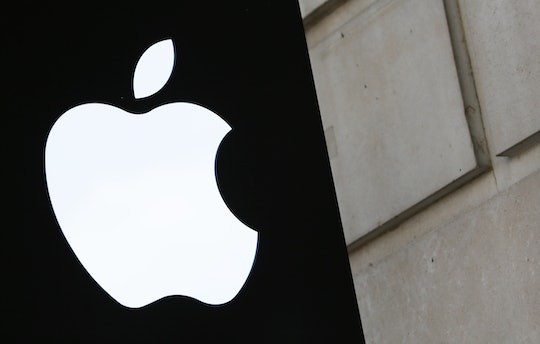 Who Are The Companies That Signed The White House Equal Pay Pledge?

Equal pay across all genders and races is something that has been fought for generations. Oftentimes, it can feel frustrating as a woman in the workforce, working among other men, and knowing that statistically their own gender is getting paid less to their counterparts. While pay gap may be an issue that has felt stagnant at times, new measures are being made in the progress for equal pay. Therefore, it is important to note who the new companies that signed the White House Equal Pay Pledge are, so that people can hold them accountable for their commitment to change.

On Friday, Aug. 26 — the same day as Women's Equality Day — the White House press office released a statement announcing the 29 new companies that signed the White House Equal Pay Pledge — which now brings the total of companies working to promote equal pay to over 50.

According to the White House's blog, the Equal Pay Pledge is a pledge that private-sector companies are willing to take to promote the awareness of pay equity and to acknowledge their role in reducing the gap as a business. With each company that has signed the White House Equal Pay Pledge, they have released statements about their dedication to promote equity. All of the statements are incredibly interesting and worth reading — whether you work for any one of the companies or are simply a customer or consumer of the businesses' products.

So what are the companies? They're all ones that people are more than likely to be familiar with.

These are the following companies that have signed the White House Equal Pay Pledge (so far):

It is great to see so many well known companies committed to taking the steps towards equal pay, becoming more aware of how they can help minimize statistics, and becoming more transparent. According to a study done by the National Partnership for Women and Families, white women make 79 cents on a white man's dollar — but the gap gets even worse when you factor in race. According to the same study, black women make 60 cents on a white man's dollar while Hispanic women make 55 cents. Asian women make 84 cents. According to Fast Company, age comes in to play, too. As women get older, they make even less than their male counterparts.

While companies are making a pledge to make a change, it appears as if change won't happen so fast. According to Fast Company, a report from the U.S. Congress Joint Economic Committee indicates that at the current rate of change, the pay gap will not close until 2059. It is, however, refreshing to see over 50 national companies committed to speeding up this rate of change and to seeing change finally happen.