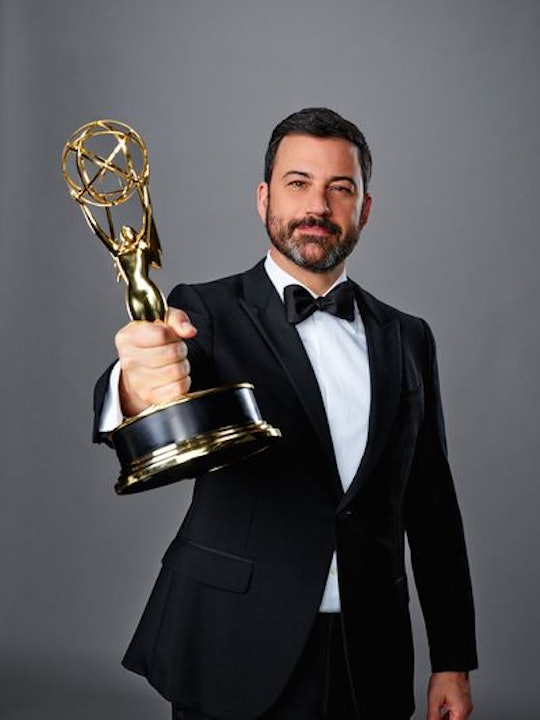 Who Are The Emmy Voters? It's A Complicated Process

The winners of the Emmy Awards have to be determined by someone, obviously, but odds are you don't think that much about it. I certainly didn't – casual viewers of the award show are usually there for the results, not necessarily the behind the scenes prep that goes into choosing nominees and winners. Even though every year there are snubs, the people nominated are often so clearly deserving of praise that no one would think twice about what got them to that place. But those nominations don't come out of nowhere, so who votes for the Emmys?

The nominees and winners are determined by the very people in their field: as the Emmy website explains, these awards are "a symbol of peer recognition." Members of the Television Academy vote within their peer group to determine nominees, with actors voting for actors and writers for writers and so on and so forth. However, not everyone involved in television can take part; you have to have membership to the Academy to do so, which is gained by paying a fee and being endorsed by two members of the peer group you're looking to join. If you've been nominated in the last four years, you don't have to be endorsed, but you do still have to cough up the fee.

To submit yourself for an Emmy, your show would have to have aired within a specific window (June 1 - May 31 of the year prior) and you would also have to pay another fee. Actors submit one episode from their show's season, but for series awards (like Best Miniseries, Best Comedy, etc.) shows are able to submit two episodes. Votes then rank the options, which are tallied by an outside accounting firm, and the top five (give or take) become the nominees.

Things get a little more mysterious when it comes to deciding on winners, though. In years past, judges were chosen from each group to vote on winners, with the choosing process for judges kept secret (as were the identities of the judges themselves). This meant that only a fraction of the fifteen thousand Academy members were voting on winners. The acting categories could have between fifty and seventy-five judges each, and the series categories had three judging committees of two hundred and fifty to three hundred voters each. However, there was recently a big change made to this process.

The 2015 Emmys wanted to increase voter participation, so instead of creating panels of judges, all eligible voters from the nomination round were also allowed to vote for winners in their peer group. That means a bigger portion of the Academy can vote, but there's also less of a guarantee that they've seen all the submitted episodes (though they have to check off that they did) because there are more people to keep track of. It's a time-consuming undertaking, too; there can be over a hundred submitted episodes to watch in just a couple of weeks.

Now when determining winners, voters will just have to mark down their #1 choice and whoever has the most votes wins. This is a change from the ranking system of the past, which was intended to determine a consensus.

It'll be hard to say whether this will result in voting that's more or less honest, or make sure that the absolutely most deserving person goes home with the statuette. Ultimately that old adage is true: it's an honor just to be nominated.