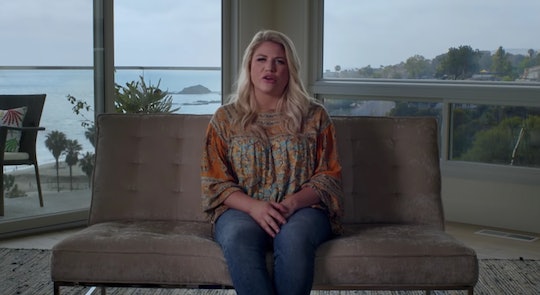 The documentary bills itself as a companion piece to the Bravo series, and many of the characters' real life counterparts will be appearing in it. Members of the Newell family will appear, with both Debra and her daughter Terra popping up in the trailer, but so will members of Meehan's. His daughters Emily and Abigail are going to be in the doc, as will their mother (Meehan's first wife) Tonia Bales. As the people who actually lived through this ordeal, their perspective is important to hear.

But they're not the only ones appearing in the doc. Detective Dennis Lukens from Ohio and Detective Julia Bowman from Orange County are going to speak as well, sharing the difficulties they had in apprehending Meehan over the years. Behavioral analyst and coercive control expert Laura Richards rounds out the group by offering insight on the psychology behind Meehan's actions and women's reactions to him.

The trailer hints at even more experts, though their names aren't listed alongside their faces. Talking head interview segments are interspersed among crime scene photos and home videos. The people being interviewed offer snippets of the larger story, mentioning Meehan's many misdeeds and commenting on the danger he posed to the women he dated. Debra and Terra both offer their sides of the story: Debra explains how Meehan came into her life while Terra shares the fears she had about what he was going to do to her mother.

Women discuss Meehan's initial appeal — he was charming, he seemed to have a steady job — before delving into the dark underside of his behavior. Though the commentators in the promo are unidentified, they are all people who interacted with Meehan or have unique insight into why he did what he did. Clips made available on the Oxygen website feature longer interviews with Debra, who shares details of her first date with Meehan while photos of Meehan punctuate the story.

In another clip, Debra advises other women who have been in situations similar to hers. She urges them to "be careful" and "look at the red flags," as well as suggesting that they stay involved with their families. Criminal behavior analyst Richards echoes that, urging people to be careful with new relationships and trust their instincts so they can keep themselves safe.

Dirty John, the Dirty Truth can give fans of the Bravo series a peek behind the curtain: after watching the fictionalized recreation of events, viewers will be able to see the real people involved and hear what they went through in their own words. It's another perspective on the same story, so it might finally complete the picture.