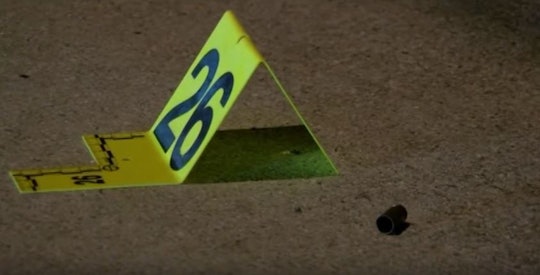 Who Are The Fort Myers Nightclub Victims? The Youngest Is Reportedly Just 12 Years Old

A teen party being held at a Fort Myers, Florida, club turned deadly around 12:30 a.m. as parents gathered for pickup. Club Blu Bar held what it billed as a "Swimsuit Glow Party," which was geared toward teens age 12 to 17. Now, at least two are dead and more than a dozen wounded after shots were fired in the parking lot as the party was wrapping up. Who are the Fort Myers nightclub shooting victims? At least one victim was as young as 12 years old.

Update: The two boys killed in the Fort Myers shooting have been identified as Shawn Achilles, who was just 14, and Ste'fan Strawder, 18, according to CNN.

"We are deeply sorry for all involved," a Facebook post following the incident on the Club Blu page read. "We tried to give the teens WHAT WE THOUGHT WAS A SAFE PLACE TO HAVE A GOOD TIME. Ages 12-17. There was armed security as well as full security, inside and out. As the club was closing and parents were picking their children up.....that's when all this took place. There was nothing more we could of done az (sic) you see it was not kids at the party that did this despicable act. Our condolences to all parties involved."

According to NBC News, the victims of the shooting ranged in age from as young as 12 years old up to 27-years-old, and that both of those killed were male.

Tatianna Nouhaioi, according to ABC News, was inside the event, and described the party as well secured and "under control."

"It was a young teen event. There were kids. The kid I was holding in my lap, he was 14 years old that got shot," Nouhaioi said, according to ABC News. "And then there was a little girl who also got shot and she was 13. One of the security guard's daughter got shot, so I mean there was kids 13, 14, 15, 16. It was a young kids event."

In all, 16 victims were transported and treated at the Lee Memorial Hospital. One died at the hospital, and all but four victims were treated and released. Two remain in intensive care, according to ABC News.

The investigation is still ongoing, and while the police are calling the area safe, they are still trying to piece together what happened. There were also shootings at two other locations Sunday night, which officials say was connected to the shooting at Club Blu. A total of three people are in police custody as "people of interest," according to ABC News, although no official arrests have been made.

For now the identities of the victims aren't being released, pending notification of their families, ABC News reported.

More Like This
Prince George Has Apparently Known He'll Be King Someday For A While Now
Josh Duggar Sentenced To More Than A Decade In Prison After Child Pornography Conviction
What You Need To Know Before Talking To Your Kids About Gun Violence
New Parents Google Around 6 Baby Questions A Day, New Survey Says