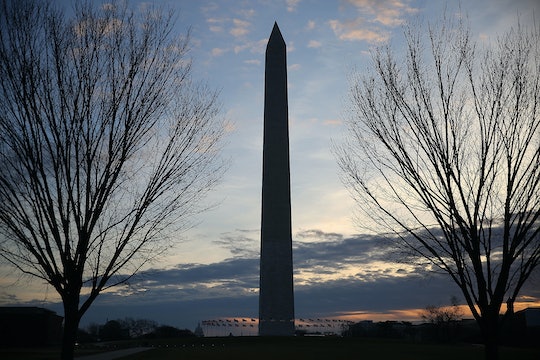 One week from today, hundreds of thousands of people will flock to the nation's capital to watch President-elect Donald Trump take an oath of office and become the 45th President of the United States. Inauguration Day is a full day affair — including a parade during the day and a ball at night — with performances scattered during and in between events. Those attending the inauguration festivities and wondering who are the inauguration performers will find themselves hearing some seriously interesting performers come next Friday.

According to The Los Angeles Times, Trump's team confirmed and shared a list on Friday of who would be performing at the Inauguration Day festivities. The performers range in musical genres, ages, and target audiences — but they all have one thing in common: they want to entertain the masses that show up for Trump's big day. "President-elect Trump has made it clear that this inaugural is of, by, and for the American people," Inauguration Day committee chairman Tom Barrack said in a statement, according to The Los Angeles Times. "The 58th Inaugural will celebrate American history and heritage, while setting the course to a brighter and bolder future for all Americans." A majority of the musical acts will perform during the Make America Great Again! Welcome Celebration, which will be broadcast from the steps of the Lincoln Memorial, according to the Presidential Inaugural Committee. The full list of musical acts will certainly entertain guests and welcome a new change into America.

The 16-year-old America's Got Talent runner-up in 2010 and "opera prodigy" according to People has been slated to perform the national anthem during Trump's inauguration since December. Evancho told People she was excited for performing for the inauguration day crowd, saying "I feel like it is going to be a big audience and I love big audiences."

The Tony Award winning Broadway star — who won an award for her role in the musical Dreamgirls — will perform during the inauguration. According to The New York Times, Holliday supported Clinton in the 2016 presidential election — but has also sang for every president since Reagan (with the exception of Obama). Holliday defended her decision to sing during the inauguration, telling The New York Times, "I'm singing in the mall, for the people. I don't have a dog in this fight — I'm just a singer, and it's a welcome concert for people on the mall."

The Piano Guys — a band made up of piano and cello players — will play during the inauguration. The New York Times describes them as being known for their "quirky, often ambitious music videos and interpretations of famous pop songs."

Bruce Springsteen cover band, B-Street Band, will play at a Donald Trump inauguration party in D.C., according to Rolling Stone. "We don't even go into politics that deeply," the band's lead singer, Will Forte, told Rolling Stone. "The guys in the band are so easy-going, I don't even know if they have any politics."

Although there has been some controversy surrounding their appearance, according to The New York Times, the Rockettes are still slated to perform during the inauguration.

Greenwood, who is famous for his patriotic hit "God Bless The U.S.A" will perform next Friday. "I'm honored to be a part of history again and sing for President-elect Donald Trump," Greenwood said in a statement, according to Yahoo. "This is a time to overcome challenges in our country and band together. My wife Kim and I are looking forward to the inauguration ceremonies."

According to The New York Times, RaviDrums is a DJ and drummer who made an appearance during the Super Bowl pregame show in 2008. According to Thump, Ravidrums was once the musical director for the 2008 NBC show Howie Do It before the show's cancellation.

The rock band, famous for early 2000's hit songs like "Kryptonite" and "Here Without You" will play next Friday during the inauguration on the steps of the Lincoln Memorial, according to The New York Times.

The Frontmen of Country

According to the Presidential Inauguration Committee, The Frontmen of Country — a supergroup comprised of Tim Rushlow, former lead singer of band Little Texas, Larry Stewart of Restless Heart, and Richie McDonald of Lonestar — will also perform next Friday.