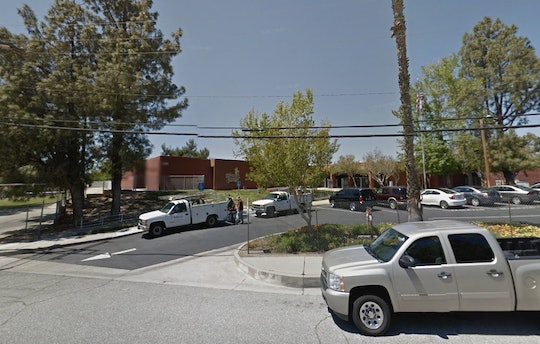 Who Are The North Park Elementary Shooting Victims?

Tragedy struck on Monday afternoon when a shooter opened fire in a San Bernardino, California elementary school, killing two adults and injuring several victims, according to a KTLA 5 news report. Officials have still not released details about who the North Park Elementary shooting victims were. The shooting happened at approximately 10:30 am local time on Monday morning, according to news reports.

In a tweeted statement, the San Bernardino Police Department said the shooter was possibly down, and that authorities believed the incident to be a murder suicide. Moments later, San Bernardino Police Chief Jarrod Burguan clarified the situation in several tweets, adding that two adult victims had been found in a classroom and that at least two student victims were receiving treatment.

Two adults are deceased in a classroom, believed to be a murder suicide. We believe the suspect is down and there's no further threat.

Police spokesman Lt. Mike Madden said in a press conference broadcast Monday afternoon that the two adults involved in the San Bernardino shooting were a man and a woman and that the male victim had “succumbed to an apparently self-inflicted injury.” Madden said that the two students were “in critical condition” at a local hospital. The department would not release details until their families had been notified, Madden said.

San Bernardino City Unified School District spokeswoman Maria Garcia told KTLA that at least one adult victim was a North Park Elementary school teacher. "We do not know the age of the students. We do not know the grade that the teacher taught," Garcia said.

The Boston Globe reported that Garcia was able to confirm a possible connection between the suspect and at least one of the victims. "We believe the teacher knew who the shooter was," Garcia said, though officials have not offered any further information about possible motives for the shooting. Capt. Ron Maass, who is leading the investigation on behalf of the San Bernardino Police Department said during the press conference that officials had not yet confirmed how the two adults knew each other:

We are still working to definitively identify both the male and female adult victims. From there, we’ll be able to determine whether there was a domestic violence situation.

The children, we do not believe were targeted. The entire incident was limited to a single classroom on the school campus. The suspect had come to the classroom to visit the adult female that was in the classroom. We believe the two children were the unfortunate recipients of injuries by being in proximity to the female at the time.

North Park Elementary school has some 600 students in kindergarten through sixth grade, according to the Globe. Burguan confirmed via Twitter that North Park students had been evacuated to nearby Cajon High School, "for safety." Parents looking to pick their students up from the high school should arrive with proper identification, Garcia said.

Burguan added on Twitter that police "are continuing to secure the area" and "believe the threat is down." As of Monday afternoon, North Park remained on lockdown, along with Cajon Elementary School, and nearby Hillside Elementary School, according to KTLA. Officials did not say how long the lockdowns would last.