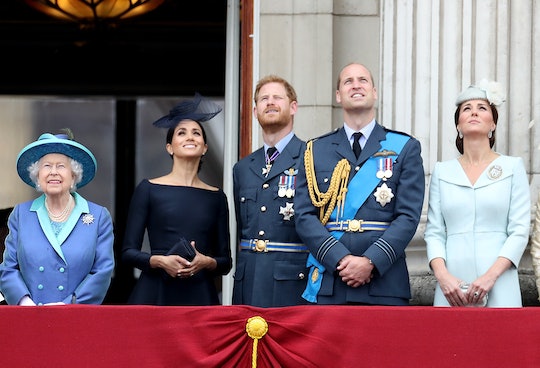 Here's Every Royal Expert Featured in 'The Story Of The Royals'

The Story of the Royals is the second documentary miniseries from ABC and People, who previously teamed up for last summer's The Story of Diana, to commemorate the 20th anniversary of the late princess's death. The new project focuses on the four generations now representing the crown — Queen Elizabeth, Prince Charles, Prince William, and Prince George — and it relies on a bevy of experts to tell the story. So who are the royal experts featured in The Story of the Royals? They're comprised of palace insiders who have worked closely with the royal family, royal historians, and journalists who have dedicated their careers to covering the family in meticulous detail.

The Story of the Royals also takes a closer look at the events of last spring, which was an eventful one for the royal family. They welcomed both Meghan Markle and Prince Louis into the fold in the span of one month. Using both footage of the family and interviews from royal experts to contextualize their place in the world, The Story of the Royals aims to examine the American fascination with the British monarchy and how they've moved into the 21st century. Here's a closer look at the experts they they tapped.