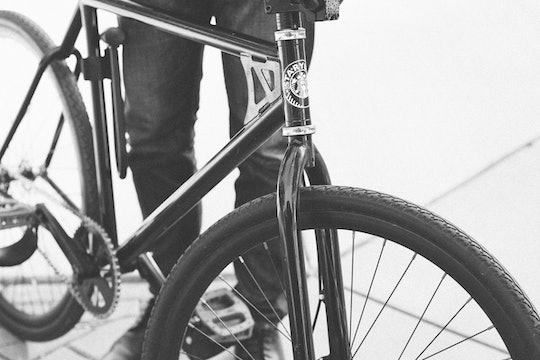 Who Are The Two Swedish Men That Caught Brock Turner? They're Both Heroes

Now that the Stanford rape victim's letter has been widely circulated and most of us have made ourselves familiar with the case and the outcome, it's probably time to focus on the little glimmer of hope in the victim's story: the two Swedish men that caught Brock Turner mid-rape that night. Carl-Fredrik Arndt and Lars Peter Jonsson were two Ph.D students on their way to a party of their own that night when they saw something strange. In an interview this week, the two told Expressen, a Swedish newspaper, that there was a man "moving a lot" and a woman who wasn't moving at all. They decided, thankfully, to see what was going on.

According to the two men, they stopped Brock, asking him "what the hell" he was doing in order to prevent him from going any further. Arndt explained that they exchanged a few words before Brock took off running. Jonsson then reportedly pinned him to the ground. They called the police, and according to their story, sat there until the cops showed up. Arndt went back to the dumpster to check on the victim who still wasn't moving. Arndt said that he checked to see if she was even alive, "she was laying so still."

According to the victim's letter that she read in court, she was found, "hair disheveled, long necklace wrapped around my neck, bra pulled out of my dress, dress pulled off over my shoulders and pulled up above my waist ... butt naked all the way down to my boots, legs spread apart." But the men waited regardless, as any decent human would.

Or maybe not. There are probably many decent humans who would have wondered what was going on but not taken the time to intervene out of fear for their own safety. It's called the bystander effect. Good people do it all the time.

But Arndt and Jonsson not only intervened, they acted. Had they not, the victim's trauma could be much worse. Even apart from the horrific rape, she was obviously in need of medical care for alcohol poisoning, too. Without the two men, we could be talking about and entirely different outcome to that terrible night.

The victim wrote in her letter that the two men were heroes. She thanked them and said that although she has not met them, she sleeps "with two bicycles that I drew taped above my bed to remind myself there are heroes in this story."

Brock Turner might have lost his appetite since the assault, but he hurt three people that night. According to News.com.au, police said that Jonsson was in tears giving his statement and that he said it was "very disturbing event for him to witness and be involved in.” Yes, watching someone "aggressively thrust his hips" into an unconscious woman would be traumatic, it seems to me. Arndt has been giving public statements to the press, but Jonsson has not made a public comment yet.

According to BuzzFeed, Jonsson shared the victim's letter on his Facebook page, writing that though he wasn't going to comment publicly he wanted friends to read the letter. "I do ask all of you to spare a few minutes and read this letter written by the victim. To me it is unique in its form and comes as close as you can possibly get to putting words on an experience that words cannot describe,” he wrote.

That's probably an understatement, but what the two men did that night was no small feat either. And if nothing else, it's nice to remember that there are brave, compassionate people like Arndt and Jonsson walking around.