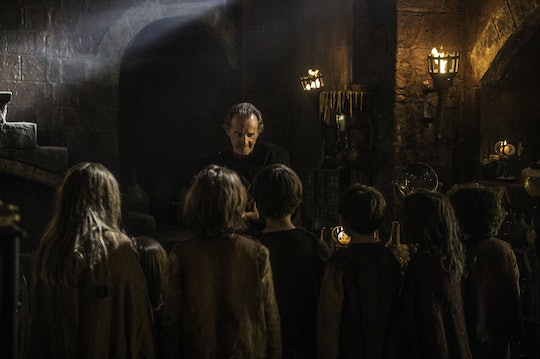 Who Are Varys’ Little Birds On ‘Game Of Thrones’? They Supply Him With Information

Varys has always known seemingly everything that was going on in King's Landing, making him a master of playing the game of courtly intrigue. Season 6, Episode 3 gave a look at the web Varys maintains to supply him with important information – a web that uses curious informants that he calls "little birds." But who are Varys' little birds on Game of Thrones?

Varys uses children to gather secrets and information from all around the kingdom – specifically, he uses street urchins and beggar children, bribing them with goodies to do his bidding. It's totally creepy but also kind of brilliant; children can move around without drawing undue attention to themselves and get the good gossip while remaining unnoticed. Viewers don't see Varys himself deal with the kids. Instead, back at King's Landing, former maester Qyburn checks them for injuries and asks after their families. The little birds ask if Varys is ever coming back because they liked him; he was nice and gave them sweets. Qyburn takes that as his signal to pull out the candy and hand it out to the kids, asking for "whispers" in return. It looks like he's picking up where Varys left off and utilizing Varys' tiny spy network for Cersei's benefit.

In the books, Varys' use of the little birds springs from his own time as a child on the streets in Myr where he learned just how much a kid like that could overhear. While still young himself, he found other, smaller kids to do his spying for him, and that continued once he came to King's Landing. While in the books it is also implied that the little birds have their tongues cut out so they won't spill their secrets to everyone, on the show they're still able to talk.

Despite the fact that Varys was using the children for his own purposes, he seemed to be good to them if their positive reaction to him is any indication. Of course, being nice to kids you're using is morally grey, but on Game of Thrones that's really the best case scenario in a situation like this. Varys' echoes his kindness to children while threatening a woman in Mereen who had conspired to kill the Unsullied. He brings up her son to intimidate her, but balks when she thinks he'll hurt her child. "Children are blameless," Varys says. "I have never hurt them."

That remains to be seen, but let's hope the little birds are okay under their new guide.