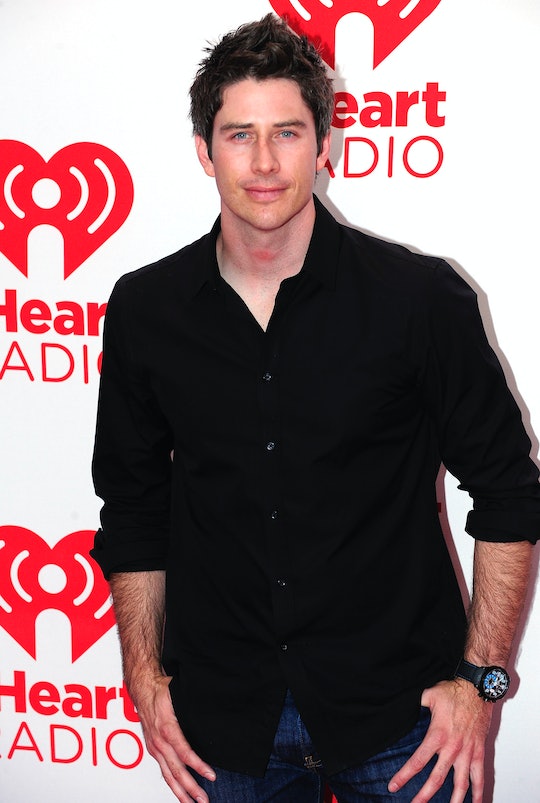 Arie Had No Trouble Finding Dates After 'The Bachelorette'

If you're a relative newcomer to The Bachelor franchise, first of all, welcome, but second of all, you may be confused by the new Bachelor, considering he's been nowhere near the franchise for years. Arie Luyendyk Jr., lucky Bachelor number 22, hasn't been seen since 2012, when he competed on Emily Maynard's season of The Bachelorette, coming in as her runner-up. So who did Arie date after The Bachelorette? The handsome race car driver hasn't had any trouble securing dates, but let's play catchup since this will be the first time many newer denizens of Bachelor Nation will be meeting him.

It's true that the show broke tradition once before with Nick Viall, picking a Bachelor uninvolved with the previous season of The Bachelorette, but at least he was fresh off a Bachelor in Paradise redemption tour. Arie, by comparison, has been playing the field for the past five years. He's been called "the OG Peter Kraus," and shares a similar background with our dearly departed would-be Bachelor: he was the overwhelming fan favorite during Emily's season, gifting her parents a box of the dead roses she had given him over the course of the season when they finally met. She wound up picking Jef Holm instead, but they broke up quickly. She's now married to Tyler Johnson, and is still close with Arie.

Maynard is so happy Arie is the Bachelor, and recently told Us Weekly, "I can't think of a better person to be The Bachelor than Arie and I've been hoping this day would come since season 8 ended!" As for Holm, he, uh, definitely seems to have been ousted from the group, tweeting of Arie, "I stopped being friends with him years ago because he's disgusting."

Meanwhile, Arie kept close ties with his fellow Bachelor franchise alums and even went on to date some of them! We know popular contestants typically get close to folks from neighboring seasons through doing Bachelor party circuits and appearing at promotional events together. Arie actually started dating winner Courtney Robertson, who was proposed to at the end of Ben Flajnik's season of The Bachelor. But the pair wound up breaking off their engagement and she ended up dating Arie. They were on and off for a few years, and Robertson even confessed in her post-Bachelor tell-all book that Arie was the best sex she'd ever had. But they're still friends now and Robertson had kind things to say about his casting, too: “Of course I’m protective of him, but Arie has thick skin and he won’t pay attention to any of that negativity. And America will get on board."

During his on-again-off-again relationship with Robertson, Arie also reportedly had a quick fling with with Season 17 contestant, Selma Alameri. Later on, he was romantically connected to sports reporter Jenna Jones, who he moved in with almost immediately. Then, in 2016, he dated a woman named Giustina Lee, who was less than impressed with his Bachelor casting, tweeting out "Being more embarrassed than sad when your ex is the new Bachelor is a telltale sign it probably wouldn't have worked out" after the news broke.

Another ex throwing him shade is Sydney Stempfley, a woman Arie reportedly broke up with just weeks before his casting announcement was made. "The show would be perfect for @ariejr up until it comes to choosing just one," she tweeted.

Woof. So his romantic past is a little bit of a mixed bag, but you can tune in to catch Arie turning over a new leaf when the next season of The Bachelor premieres on Monday, Jan. 1.