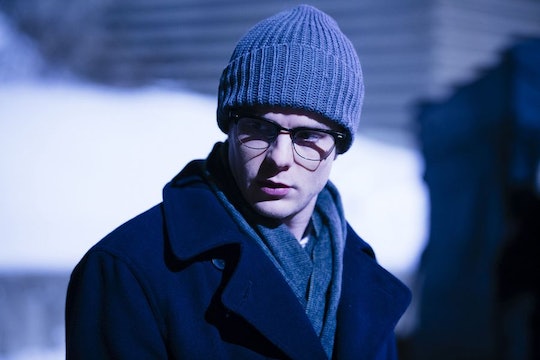 Who Did Caleb Call On 'Quantico'? He Could Be Involved In The Attack

At this point, it's almost impossible to know who is good, who is bad, and who is a little bit of both on Quantico. Shelby might be working with the terrorist; Booth is very anti-Alex, but might not be bad; and Caleb might still be in a cult. On Sunday's episode, we learned that Caleb was a drug addict, wants to help Alex, but also might be working against Alex. At the end of Sunday's episode, Caleb broke out of his home-prison, teamed up with Alex, and made a mysterious phone call that is certainly going to lead into next week. But, who did Caleb call on Quantico? The options are truly endless.

After learning that Caleb was not in fact missing on Quantico, but instead held essentially captive in his mother's D.C. mansion, I felt like he was out of the running for being involved with the terrorist. That was until he made this mysterious phone call at the end of the episode saying that "she fell for it" and that he and Alex were on their way. So, who is the person on the other end of the phone call, and what does his message mean? Well, let's dissect it.

For starters, "she fell for it" might not even refer to Alex — and if it does refer to Alex, it might not be that she fell for Caleb wanting to help her. Maybe his drug addiction is all part of his ruse to get back into the game. Or, maybe he's still doing some undercover work that could help the FBI in the long run. At this point, it's impossible to say.

Then again, if Caleb's call meant that he was working behind Alex's back, then that caller could be anyone. It could be Shelby, who he obviously has a relationship with and could potentially still be working with. Plus, Shelby could very well be working with the terrorist, so that would certainly be a plot twist.

The other option is that Caleb is the other terrorist. He could be working with the cult, and he could be getting Alex right where they want her. It's been such a back-and-forth with Caleb's involvement with the cult, but if he is involved with them, Alex needs to watch out.