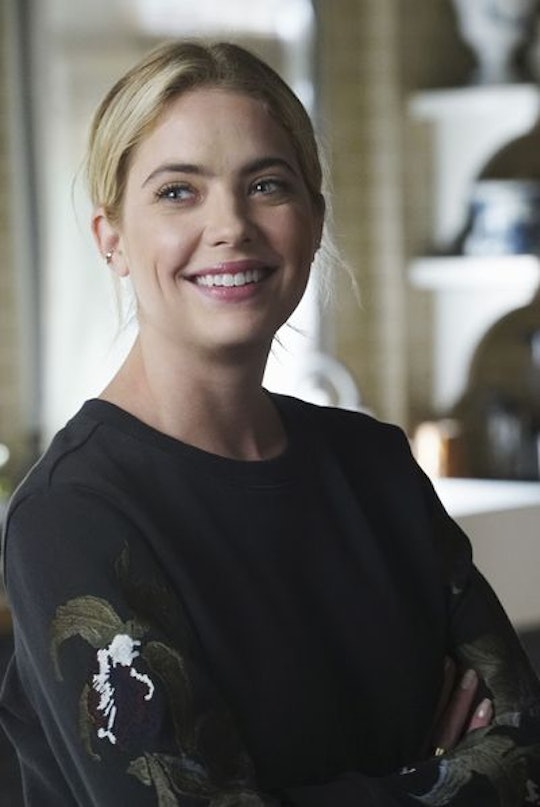 Who Did Hanna Call On 'Pretty Little Liars'? She Has A Plan

"Who is A.D.?" has been the number one question of Pretty Little Liars recently and Hanna seems dead set on Noel Kahn as the number one suspect. Even though no one else believes her Hanna is ready to take things into her own hands. Mysteriously she called someone on Tuesday night's episode and seemed to make plans to do...something. Whatever Hanna's up to it seems dangerous but the main question now is who did Hanna call on Pretty Little Liars?

The list of possibilities is seemingly endless. Could Hanna have called Mrs. Grumwald who suddenly popped up out of the blue just to tell Hanna she and Caleb are in danger? Probably not. Hanna wouldn't talk to Mrs. Grumwald the way she was talking to the mystery person on the phone. It couldn't be Caleb since he clearly has no idea what Hanna's up to. It definitely wasn't one of the other Liars because again they're totally clueless. Would Hanna really sink so low as to go to Jenna for help? Maybe but again that seems like a stretch. The most likely person Hanna would've called is Mona and there's plenty of reasons why.

For one, Hanna and Mona were actually best friends way back in the day and they still maintain a somewhat rocky friendship. It's kind of hard to go back to being besties with someone who stalked you and then hit you with their car but it's totally fine to stay in touch with them in case you need their help one day. In this case Hanna could definitely use some help and Mona's really the best person to call. Say what you will about Mona but she knows how to get stuff done. If it wasn't for her the Liars would've definitely been busted for killing Archer by now.

Whatever it is Hanna's planning she'll need somewhere to get the job done and Mona's old lair is the perfect place. It wouldn't be all that surprising if Mona still had a place where she did all her nefarious activities and Mona is the type to do something, especially for a pseudo friend, with no questions asked. Whether or not it's Mona that Hanna called the bigger question is why does Hanna want a lair in the first place and what is she going to do next?