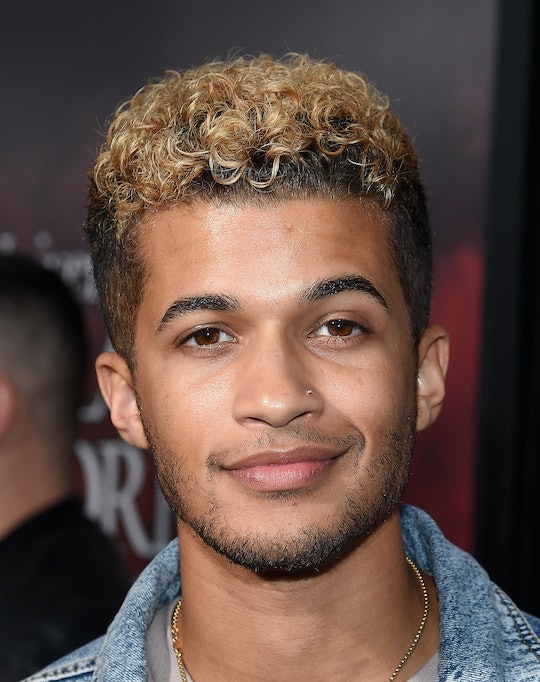 I hate to say this, you guys, but I think that Dancing with the Stars brought in a ringer for Season 25, in the form of a legit musical theater professional, one who is a part of the most popular show on Broadway right now. That's right, one of the contestants on the show is a star of Hamilton. But who did Jordan Fisher play in Hamilton? He is the lucky actor who portrays two roles, taking over for original cast-member Anthony Ramos.

Both Ramos and Fisher portrayed two roles in the production, that of John Laurens, and Philip Hamilton. John Laurens features in the first act of the play as one of the young Alexander Hamilton's best friends and fellow aide-de-camp for General George Washington in the Revolutionary War. As are all the characters in the show, John Laurens is based on a real person, who really was close friends with Hamilton. Some even speculate that the two had a romantic relationship, though this has never been substantiated. Sadly Laurens dies in the show, but it's not the end for the actor. In the show's second act, Fisher plays Philip Hamilton, Alexander Hamilton's first-born son who dies in a duel trying to defend his father's honor.

John Laurens and Philip Hamilton are not the only roles in the show to be double cast. In the original cast, Daveed Diggs played both Marquis de Lafayette and Thomas Jefferson. Jasmine Cephas Jones played both Peggy Schuyler and Maria Reynolds. Okieriete Onaodowan played Hercules Mulligan and James Madison. Since it's not exactly like there is a shortage of actors in New York City who'd love to win a part in a Lin-Manuel Miranda musical, it stands to reason that the double casting was for a specific reason. Perhaps as a way to illustrate certain symbolic similarities between characters. For example, both John Laurens and Philip Hamilton were characters very close to Alexander himself, both of whom died.

But this is hardly Fisher's first foray into musical theater. Before getting cast in Hamilton, Fisher was the breakout star of Fox's Grease: Live! as Doody. Yes, that's right, Doody. If you remember the classic film from 1978, you'll remember Doody as the most socially inept of the largely socially inept Thunderbirds. Fisher managed to make one of the least sexy characters in history super sexy. And his rendition of "Those Magic Changes," made literally everyone watching swoon. Even Lin-Manuel Miranda took notice, tweeting, "Why are all those girls staring at Doody."

Because he is Fine with a capital F, Mr. Miranda. That's why.

Before Grease, Fisher had roles in a variety of highly popular teen shows, including Teen Wolf (an underrated classic if there ever was one), and The Secret Life of the American Teenager, where he had a nine-episode arc as Jacob. Frankly, it seems a little bit early in Fisher's career to be on Dancing with the Stars, but here we are.

If you thought this young actor was charismatic in any of those performances, I have a feeling he's really going to bring the heat for Dancing with the Stars. He already seems to have bonded with his partner, Lindsay Arnold, who is more than ready to take home the Mirrorball trophy after a few seasons of near misses. Considering the fact that dancing in front of an adoring audience is kind of Fisher's job (I mean yes, I know that he's technically more of a singer and an actor, but still), I have a hard time seeing how he can be beat. There's usually a dark horse candidate, but Fisher is definitely on my radar.