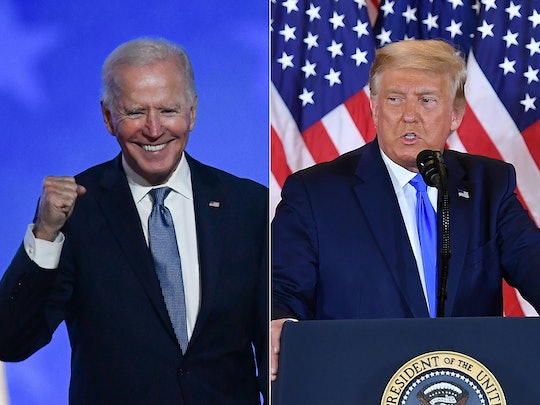 While votes in the 2020 presidential election are still being counted in several key battleground states, the results of this year's presidential race are still unknown. But the votes in a series of informal and nonscientific surveys regarding who children would elect are in, and a clear winner has emerged. So, who do kids want to be president?

More than 168,000 kids ranging from kindergarten age to seniors in high school cast online ballots in Scholastic's long-running Student Vote, which has, more often than not, reflected actual election results. In the end, Biden garnered 103,060 votes, or 61% of the vote, compared to the 64,948 votes, or 39%, President Donald Trump won. Biden appeared to hold the strongest lead among voters in Grade 3, Grade 10, and Grade 11.

Nearly 90,000 kid voters participated in Nickelodeon's 2020 Kids Pick the President Kids' Vote by casting virtual ballots from Oct. 20 to Oct. 26. After filtering out more than 130,000 bot-generated votes organized by 4chan users looking to corrupt the poll, Nickelodeon found Biden had received 53% of the vote, compared to Trump's 47%. Since it was launched in 1988, kids have correctly chosen the president six out of eight times in Nickelodeon's Kids Vote mock election.

With 27 states having reported either preliminary and or final results as of early Thursday, early results for the Kid Voting USA's Kids Voting Presidential Election showed Biden leading with 57% of the vote compared to Trump's 32%. As of Thursday, it was unclear when Kids Voting USA, a nonpartisan voter education program aimed at K-12 students, expected to have the full results.

A total of 1,982 children ranging in age from 7 to 14 and hailing from nearly all 50 states cast votes in The Post's KidsPost's mock presidential election from Oct. 14 to Oct. 28. When tallied, Biden won with a huge margin having garnered 1,467 votes, or 74% of the vote. Across the aisle, Trump garnered 452 votes, totaling 22.8%. Third-party candidates Howie Hawkins and Jo Jorgensen both garnered less than 2% of the vote each, according The Post.

But will kids' preference for Biden reflect the results of the actual 2020 presidential election? Voters will have to remain patient to see.