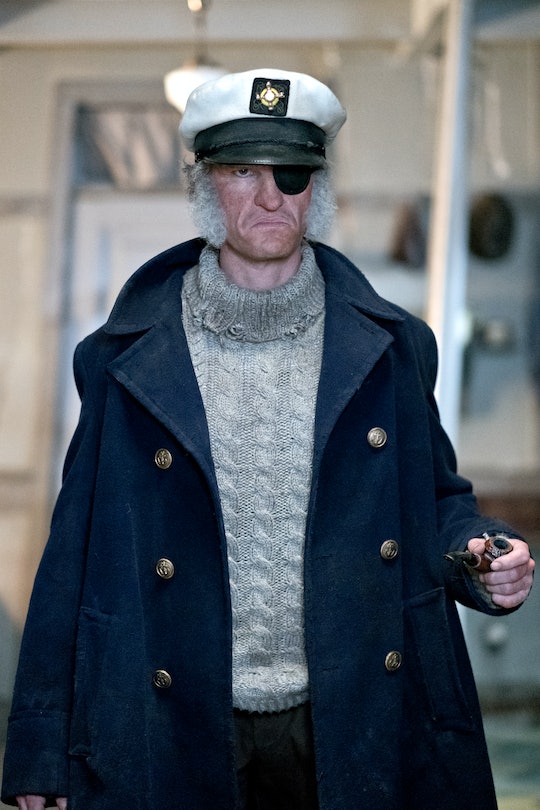 (Warning: this post contains unfortunate spoilers from Episode 1.) I had a feeling that Netflix's A Series of Unfortunate Events was going to be chock-full of an all-star cast, but I had no idea that it would be throwing a How I Met Your Mother reunion into the mix as well. Well, OK, it's not quite a reunion just yet since the characters haven't actually had any screen time together thus far, but it's only a matter of time, right? That's why I was so thrilled to discover by the end of the first episode that Cobie Smulders is playing the role of Mother on ASOUE, since it puts her in the same fantastical realm as her former HIMYM co-star, Neil Patrick Harris, who plays the oh-so-villainous Count Olaf.

That's right, my friends — Robin Scherbatsky and Barney Stinson both have prominent roles on A Series of Unfortunate Events. But as exciting as this surprise appearance is, it's not under the best of circumstances. While it's definitely a relief to learn that Violet, Klaus, and Sunny's parents don't appear to be dead from the house fire like we originally thought, these characters still seem to be in a great amount of danger. By the end of the episode, it's made clear that Mother and Father (the latter played by Will Arnett) have been abducted by an unknown assailant and are being held against their will in the back of a vehicle going to an non-disclosed location.

Suffice to say, it's not a great situation to be in, to say the least, especially since it's keeping them away from their children, who need their parents more than ever now that they're in Count Olaf's greedy clutches. Even for those who are unfamiliar with the Lemony Snicket books from which the Netflix series is based, it's clear that this family's life is riddled with secrets and unexpected twists. There's much more to this story than meets the eye — speaking of eye, I'm sure this all has something to do with Count Olaf's interesting ankle tattoo, a design that keeps popping up everywhere.

Maybe Mother and Father found out something they shouldn't have or stumbled across a crime of some sort. Either way, their fates aren't looking too good right now. And if they are ever able to escape (though the narrator has assured us multiple times that this tale does not have a happy ending), it won't happen for quite some time still. So if the children fall into any more unfortunate situations, I'm sad to say that it looks like they're on their own.