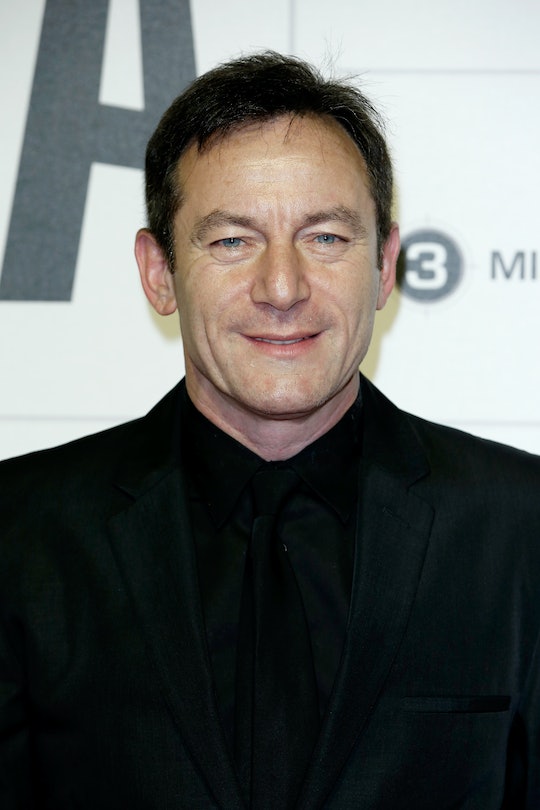 Who Does Jason Isaacs Play On 'The OA'? Dr. Hunter Hap Has A Big Obsession

(Warning: this post contains spoilers from The OA Episode 4.) Netflix's new mystery drama, The OA, may be the streaming site's newest hit. The show has an amazing cast which includes Brit Marling, Phyllis Smith, and Jason Isaacs. If you loved the Harry Potter movies as much as I did you may recognize Isaacs as Lucius Malfoy. Well, in The OA his character isn't all that nice either. So who does Jason Isaacs play on The OA? His character, Dr. Hunter Hap, is the one that takes Marling's character, Prairie, hostage for all of those years she was gone.

Prairie originally left home of her own volition seven years ago. She believed she was supposed to find her father on her 21st birthday, but knew her adoptive parents wouldn't understand her visions so she decided to just disappear without a word. However, when she arrived in New York City, she didn't find her father — instead she found Hap, or rather he found her. While playing her violin in a subway station, Hap came to her and asked if she'd ever had a near death experience, which she had. When Prairie was a young girl, she'd died in a car accident but was able to come back to life, although she lost her eyesight in the process.

Excited to find someone that believed her visions and understood her, Prairie went along with Hap who told her he was doing a study on people who'd survived similar experiences. Unfortunately, Hap's study involved entrapping people in his basement and never letting them go, something Prairie didn't understand until it was too late.

Inside Hap's basement, he drugged Prairie and the other three hostages so they couldn't remember the experiments he performed on them. Since Prairie was blind, he allowed her to come upstairs and act as his housekeeper as well. She would cook and clean for him while he did his work. Until one day Prairie was able to push him down the stairs and make a run for it. Unfortunately, Hap found her again before she got far and hit her on the back of the head so hard that she died again. However, once Prairie came back, she and the others were able to come up with a plan and figured out what Hap was keeping them there for.

Hap was killing them over and over again to see what would happen to them when they died. He also drugged them, not just so they wouldn't remember, but so he could also control them during the experiments. In other words, Hap is an evil mad scientist that needs to be stopped. Although fans know Prairie was able to escape somehow, I hope she can return and save the others and get rid of Hap once and for all.