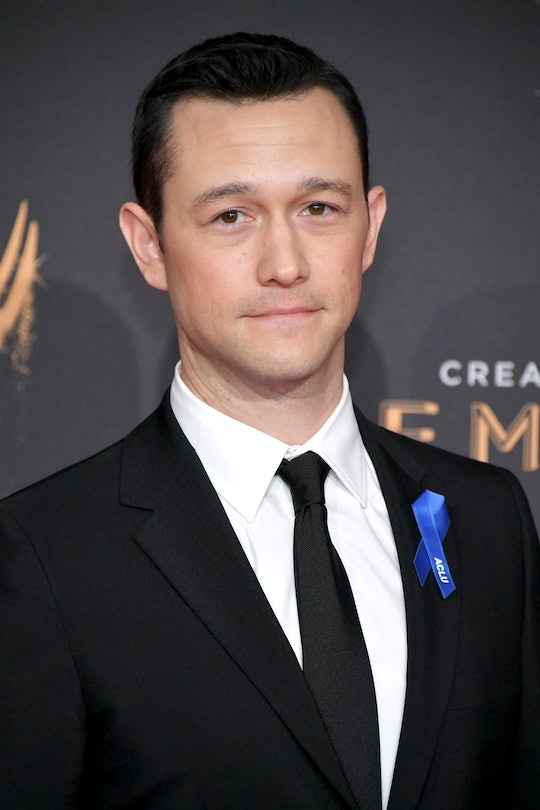 Joseph Gordon-Levitt is memorable enough that he's difficult to miss. One certainly wouldn't think that he could escape notice in a movie, even if his role was a particularly small one. However, if you saw The Last Jedi then you might have seen Gordon-Levitt without realizing — or maybe you thought there was something suspiciously familiar about a character even if you couldn't put your finger on why. So who does Joseph Gordon-Levitt play in Star Wars: The Last Jedi?

If you didn't catch Gordon-Levitt's cameo, don't feel bad; his face didn't actually appear onscreen. It was a voice cameo, and voices are definitely a little bit more difficult to pin down (especially if the face you're looking at bears no resemblance to the actual actor). He played a character named Slowen Lo. Not ringing a bell right off the bat? Slowen Lo was the Abednedo alien at the Canto Bight beach that turned in Finn and Rose to the police. He looked more like a smushed hammerhead shark with a sunburn walking upright than Gordon-Levitt, so the connection between the two wasn't super easy to make.

And while Slowen Lo was little more than a background character who was there to create some trouble for the heroes, he actually had a surprisingly thorough backstory.

According to Buzzfeed, a companion book called Star Wars: The Last Jedi — The Visual Dictionary filled out the gaps in Slowen Lo's history. Apparently he's a Canto Bight native who bought a beachside house after raking in the dough with his popular driftwood sculptures. He also has gotten Lasik eye surgery, presumably because being able to see clearly is especially important if one's livelihood is artistically based. From the sounds of it, it seems like good old Slowen is truly living his best life.

The name of Gordon-Levitt's character in The Last Jedi reportedly came from the Beastie Boys' song "Slow and Low," which isn't the first time Star Wars has referenced the Beastie Boys. Another alien in The Force Awakens, the Resistance pilot Ello Asty, was named after their 1998 album Hello Nasty and a citizen of Jakku named Ilco Munica was intended to be a twist on Ill Communication. Space culture is truly rich and varied.

Gordon-Levitt's cameo might appear to be kind of random, but it's actually the result of a long friendship with director Rian Johnson. The two have been collaborating for years. Once you know that, it makes perfect sense for Gordon-Levitt to have popped up in The Last Jedi as an artsy alien with a Texan accent (though some interpreted it as sounding a little more Jersey Shore). Okay, maybe perfect sense is taking it a bit too far — but it is a lot more understandable.

Gordon-Levitt has appeared in all of Johnson's feature films to date, starting with Brick in 2005, then followed by The Brothers Bloom in 2008 and Looper in 2012. He may not have always had a major role (in The Brothers Bloom, Gordon-Levitt is credited merely as "bar patron") but he's been there for all of them. It would have been weirder if he hadn't popped up at all. Gordon-Levitt tweeted about the connection, pointing out that Noah Segan had also taken part in all of Johnson's films; in The Last Jedi, Segan played a pilot.

Gordon-Levitt's turn as a tattletale alien grumbling about parking on Canto Bight beach was just one of a few surprise cameos in the newest Star Wars film. When you watch it again — and one assumes you will — then maybe you can assign yourself a little space Scavenger hunt and spot them all.