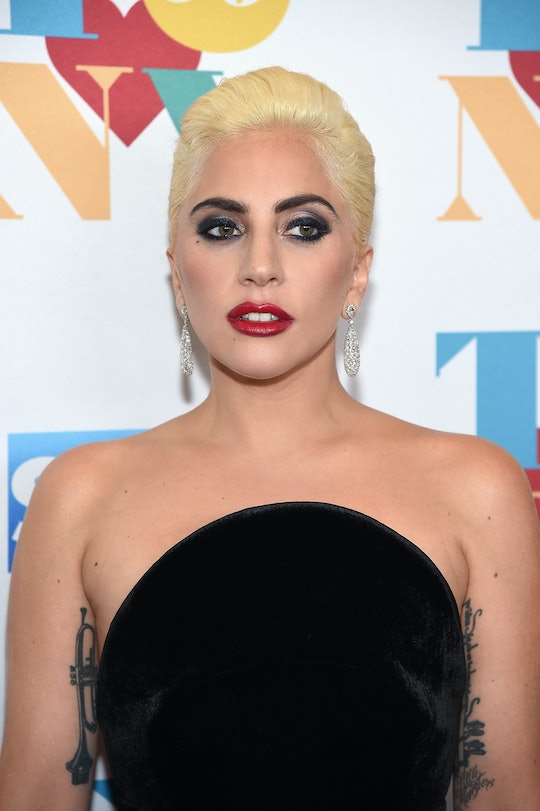 Who Does Lady Gaga Play In 'American Horror Story' Season 6? Her Role Is Still Unknown

Lady Gaga's role on American Horror Story: Hotel was essentially the centerpiece of the entire season. Though her character, the Countess, was a cool and removed killer who mostly kept out of the way of the day-to-day messes of the Hotel Cortez, she provided a lot of the motivation for other characters, many of whom were either looking to kill her or love her – sometimes both at once. The performance even earned Gaga a Golden Globe, and things were apparently so good behind the scenes that showrunner Ryan Murphy locked her in for Season 6 as soon as he could. But who does Lady Gaga play in American Horror Story Season 6?

Unfortunately, Season 6 is taking the whole mystery thing about as far as it can go. In addition to not announcing the season's theme, there haven't been any hints dropped about the characters either: no press photos, no character names, nothing. Cast confirmation is really all there is to go off of, so even though Gaga is definitely going to be back, there's no telling how big or small her role will be this time around. She said as much herself in an interview with Z100 when asked about her return to the show: "I can't promise you how, or when, or anything like that. Ryan will kill me if I tease anything."

Considering Gaga has been busy at work on her fifth studio album, some are speculating that she'll have a much smaller role this time around. Things went so well for her on AHS both onscreen and off that it seems like only her other responsibilities could be keeping her from having a huge part in the series. Then again, it's possible she was able to balance both her music and a leading role; AHS definitely seems to have meant a lot to her, so perhaps she was able to make the time.

In the past, Gaga described AHS as a very freeing experience for her. "I'm happier than I've ever been now," she said last year in an interview with E!, "because the people that I work with really, really care that my life is different and really, really work to make sure that I feel as normal as possible—so that I can have a great time and just be a normal girl, and just be a woman for Ryan on film, or you know... [laughs] a hemophiliac."

Though details have been kept firmly under wraps, Lady Gaga did post one picture of herself during filming for Season 6. In it, she's in the makeup chair about to get ready to go on set, but there are no revealing attributes that could provide key information. Her caption is teasing but similarly frustrating: "not the countess but...who???"

Ryan Murphy must be really good at keeping his cast from spilling any secrets.