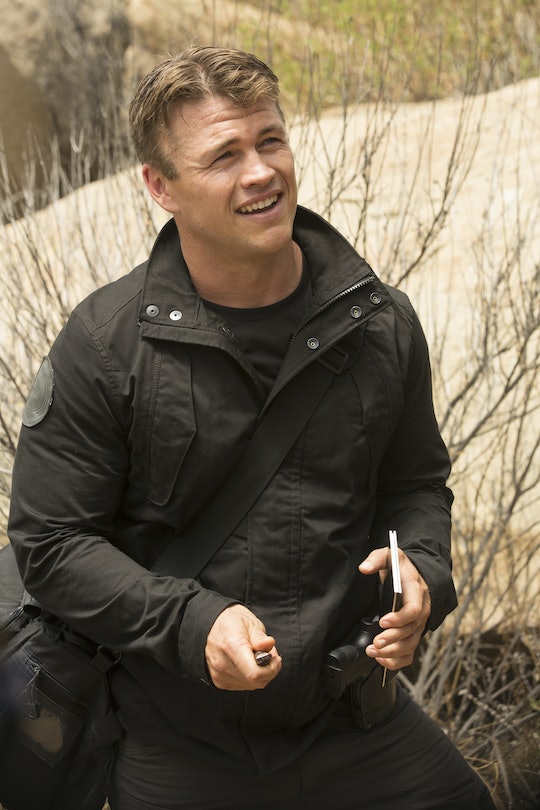 Who Does Luke Hemsworth Play On 'Westworld'? He's The Head Of Security

The Hemsworth brothers may just be the hottest siblings in Hollywood right now. Chris Hemsworth is killing it in the Marvel universe as Thor, Liam Hemsworth made us all fall in love with him in The Hunger Games series and The Last Song, and now the oldest Hemsworth brother is gracing our TV screens in HBO's new hit show Westworld. On Westworld Luke Hemsworth plays the role of Ashley Stubbs, the head of security at Westworld theme park. Just like with most of the humans on this show, Stubbs isn't exactly an innocent character.

Westworld is centered around the theme park of the same name that is made to look like the an old Western. Rich people can come into the park and live out all their fantasies, whether it's to pretend to be the hero saving the damsel in distress or the villain that brings harm to the townspeople. The visitors of the park can do whatever they want because the "people" that make up the park are actually robots with artificial intelligence who can do no harm to humans. The robots live every day like it's a new day, unable to remember the past or what was done to them previously.

The show focuses on what happens in the part and what happens behind the scenes of the park. Behind the scenes we get to the see the people who run the park, including Dr. Robert Ford, who came up with the idea for Westworld and created the robots, and of course Ashely Stubbs. As head of security Stubbs watches what occurs in the park and chooses whether or not to step in. For example, when it comes to Gunslinger, the apparent villain of Westworld who takes pleasure in hurting the robots, Stubbs decides to let him run wild stating, "That man gets whatever he wants."

It's obvious the majority of the humans of Westworld don't care too much about the robots or how they're treated. The show seems to be setting us up for a robot rebellion and no doubt Stubbs will definitely have to step up in his job if that happens. We'll just have to wait and see how smart these robots really are and if the humans are doomed to reap what they sow.