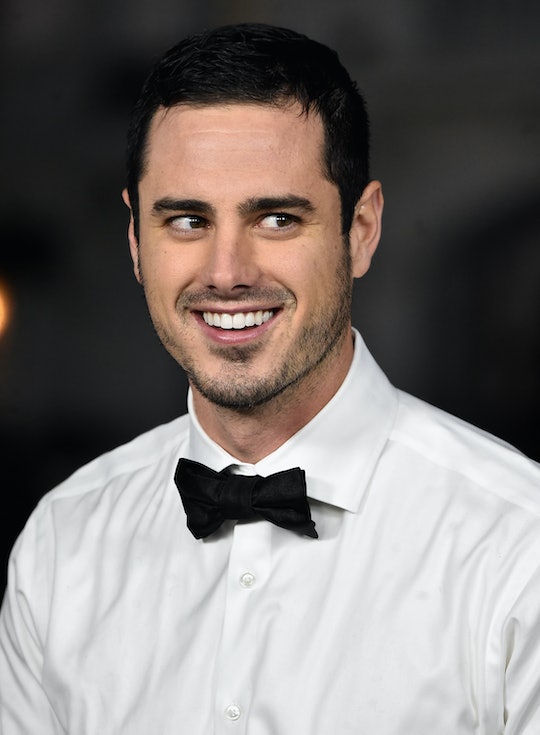 Who Has Had Sex In The Fantasy Suite On 'The Bachelor'? Most Contestants Have — Except For These 4 People

There might be no sex in the champagne room, but apparently there's plenty to be had in ABC's fantasy suite on The Bachelor. The 20th season of the reality romance show stars Ben Higgins, a software salesperson and fan favorite who was ultimately rejected on last year's season of The Bachelorette. Now, Higgins is off to Jamaica for Monday's episode where he'll woo, wine, and dine the three remaining female contestants, giving them the opportunity to spend a night with him in the much hyped fantasy suite. So, in the history of the show, who's had sex in the fantasy suite on The Bachelor and why is it such a big deal? Warning: Big spoilers ahead for tonight's episode.

For those not in the know, the fantasy suite on The Bachelor is this unintentionally, yet über-creepy narrative device where the Bachelor of the moment offers each of his lady friends a key to a room where no cameras are present. Typically this happens when only three contestants remain, often at some exotic destination resort. The big assumption of course is that the Bachelor actually has sex with these women in the fantasy suite. Um, awkward. Advancing the narrative and teasing the climax of the show is one thing, but the fantasy suite would be classified as sexual coercion in just about any other context outside of The Bachelor. It's especially creepy when you realize that The Bachelor approaches their "overnight dates" with all the subtleties of a 2x4 to the face.

Here's your last chance to bail before SPOILERS...

According to Us Weekly, a source close to the show revealed that all three remaining contestants – Lauren Bushnell, JoJo Fletcher, and Caila Quinn — each had sex with Higgins in the fantasy suite at the Sandals Royal Plantation resort in Ocho Rios, Jamaica: "Ben was intimate with all the finalists," Bachelor gossip king Reality Steve spilled last week. "The women were all so confident in Ben’s feelings after the fantasy suite dates.” There's apparently a lot of other drama during tonight's episode of The Bachelor, but I think I've spoiled enough. And, getting back to the point: All three women left on the show have had sex with Higgins. Not a one was not offered a key to the fantasy suite and — according to Us Weekly's source — none of the ladies turned Higgins down on the offer of sex once behind closed doors.

Let me be clear: I'm not here to slut-shame any contestant who has had sex in The Bachelor fantasy suite, nor am I here to put those who abstained on some kind of semi-virginal pedestal. That said, more often than not, those invited to the fantasy suite do end up having sex in there, making those Bachelors and contestants who don't sleep together the exception to the kind of creepy norm.

So, in the history of The Bachelor, which contestants have decided to forgo their fantasy suite night and placed themselves at risk of elimination? The list is surprisingly short.

Rycroft told Yahoo! in a video interview that she never saw Bachelor Jason Mesnick's naked body, implying that their time in the fantasy suite must not have been clothing optional.

In a blog for People Magazine during season 15, Womack talked about what he really did in the fantasy suite with his dates — he just talked:

I wanted to take the opportunity with all three of the women to talk, off camera, so we could all feel even more comfortable. By this time, I had gotten to know the women so very well and I wanted to feel confident in the fact that, after talking with each of them all night, I knew exactly what type of woman each of them is.

In his 2015 book, For the Right Reasons, Lowe revealed that he is a "born-again virgin" and remained celibate during the taping of The Bachelor.

Becca Tilley was a virgin on The Bachelor who only kissed Bachelor Chris Soules, and nothing more.

Looks like we won't be adding anyone from The Bachelor's season 20 fantasy suite dates, if the spoilers are to be believed. The Bachelor airs on ABC Mondays at 8 p.m. ET.