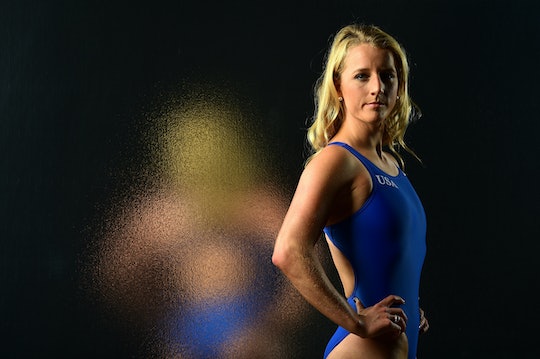 Who Is Abby Johnston Dating? The Olympic Diver Is Engaged

All eyes are on Olympic diver Abby Johnston as she heads to Rio in hopes of taking home a gold medal for the United States. The Olympian, who won the silver medal in the 2012 London games, has an insanely busy schedule, but her life isn't all about diving. She's got a thing for pizza rolls, she recently finished her second year of medical school, and oh, Abby Johnston is dating a football coach, and just a few weeks ago, he proposed.

The lucky guy's name is Sam McGrath, and he's an assistant football coach at Duke University, the school Johnston attended as an undergraduate student, and where she's now enrolled in medical school. (I'd like to take a moment to acknowledge that Johnston is simultaneously an Olympic diver AND a med student. Does she own a time turner? Or is she just non-magical amazing?)

Johnston recently told The Charlotte Observer how McGrath proposed, and it was adorable:

McGrath seems suitably proud to be dating such a kick-ass human, recently posting a picture of Johnston about to leave for Rio:

Beyond her immense talents and her seemingly wonderful love life, Johnston is also the coolest for a bunch of other reasons. After returning from the 2012 Olympics, she went back to finish up college, sad because all of her friends had left. On her 23rd birthday, she expected to have a disappointing night. But she and her mom ended up going bar-hopping together with a cardboard cutout of Taylor Swift that they found at Walgreens (Swift is one of Johnston's favorite musicians), and having the best time.

Also, Johnston had this to say when an interviewer asked about her worst habit:

Is this one of those interview questions where I'm supposed to state my weakness but then turn it into a strength? Because if so, I'd say my vice is that sometimes I eat so many pizza rolls that I think my body might become one. And then I sing about it to the tune of "Your Body is a Wonderland." If I was to turn that into a strength, I'd say that I'm keeping the pizza roll company in business and that's stimulating the economy.

Abby Johnston, if you're reading this, you are my hero. Congratulations on your engagement, good luck at Rio, and please release a recording of your pizza roll song post-haste.